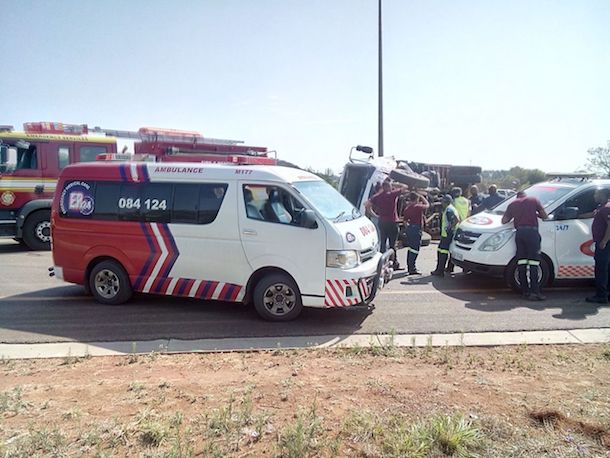 1 killed & 2 injured when truck rear-ended another on N1 south, Pretoria

One man has been killed and two other injured this afternoon when a truck rear-ended another on the N1 south at the N4 turn-off in Pretoria.

ER24 paramedics, along with another service, and found both trucks in the middle of the road. One of the truck lay on its side.

On inspection, paramedics found one man walking around on scene while the other was found seated in his rear-ended truck. The body of a third man was found lying against the second truck.

Paramedics assessed the men and found that one man had already succumbed to his multiple, fatal injuries. Unfortunately, nothing could be done for the man and he was declared dead on the scene.