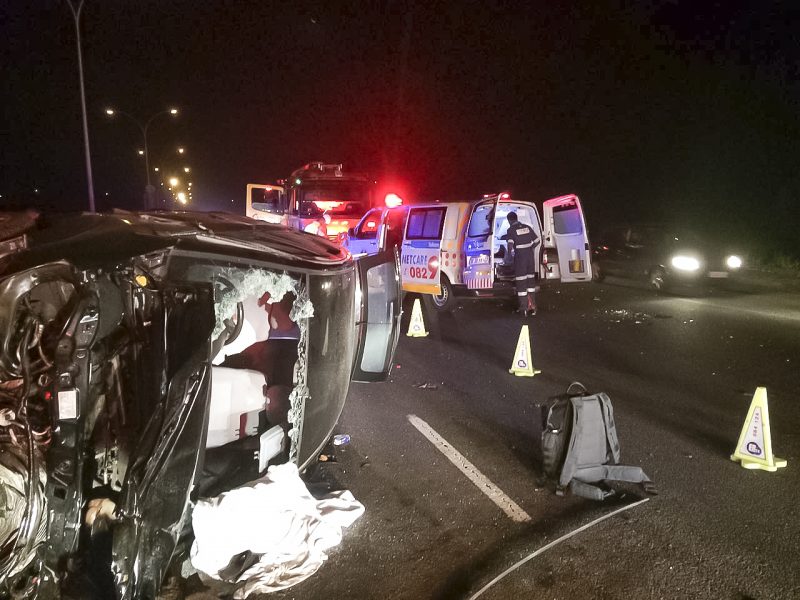 One person died and three others were injured when the vehicle they were travelling in rolled over at the Marianhill toll plaza on Saturday night.

Netcare 911 responded to the scene of accident around 2000hrs. Reports from the scene indicate that a vehicle with four people overturned, exact detail to the cause of the crash however will form part of the police investigations.

Paramedics arrived at the scene and found accident debris and the twisted frame of the vehicle littering the highway. After triaging the injured, it was found that the driver of the vehicle tragically died, three others sustained serious injuries.

Medics stabilised the injured at the scene before they transported them to various hospitals for the care that they required.

Durban – Stretches of the N3 and the N2 will be widened…