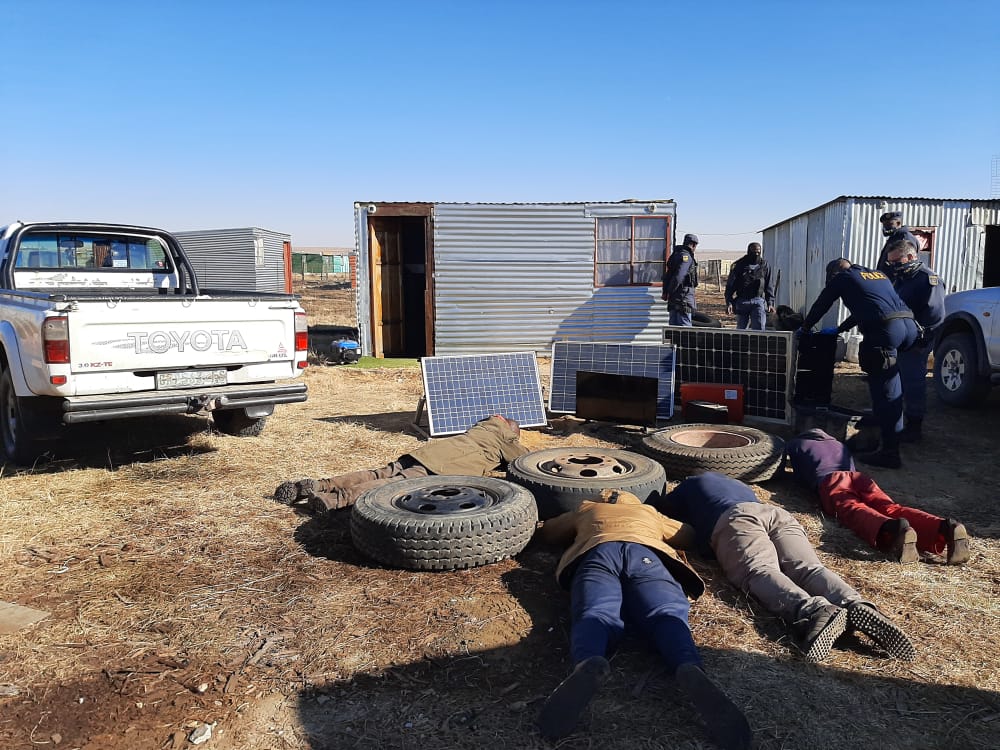 Harrismith – 10 men have been arrested for allegedly robbing a trucker of diesel on the N5 near Kestell.

The suspects were arrested cops manning a roadblock on the N3 at Harrismith.

According to SAPS, on 27 July 2021, members at the roadblock received information about a group of armed suspects who allegedly robbed a truck of diesel on the N5 near Kestell.

Parkroad, Selosesha and Phuthaditjhaba Tactical Response Team, Welkom and Bethlehem K9 Units and Anti-Gang Unit were alerted to be on the lookout for a black Audi sedan that was implicated in the commission of crime.

The identified vehicle was spotted on the N5 and intercepted.

The vehicle with two occupants was found with diesel containers and a hosepipe used to drain diesel.

Upon questioning the duo, further information led the police to Intabazwe Informal settlement near the N3 where an additional four suspects were arrested.

The team searched the premises and found a white Toyota bakkie also implicated in the transportation of diesel.

All recovered items were confiscated.

Their arrests also led police to four other suspects in the area of Kestell bringing the total number of arrested suspects to 10.

Some of the arrested suspects may be possibly linked to two alleged serious crimes that have took place over the weekend in Harrismith.

All ten suspects are expected to appear before Harrismith Magistrate’s Court soon facing charges of possession of suspected stolen property and armed robbery.