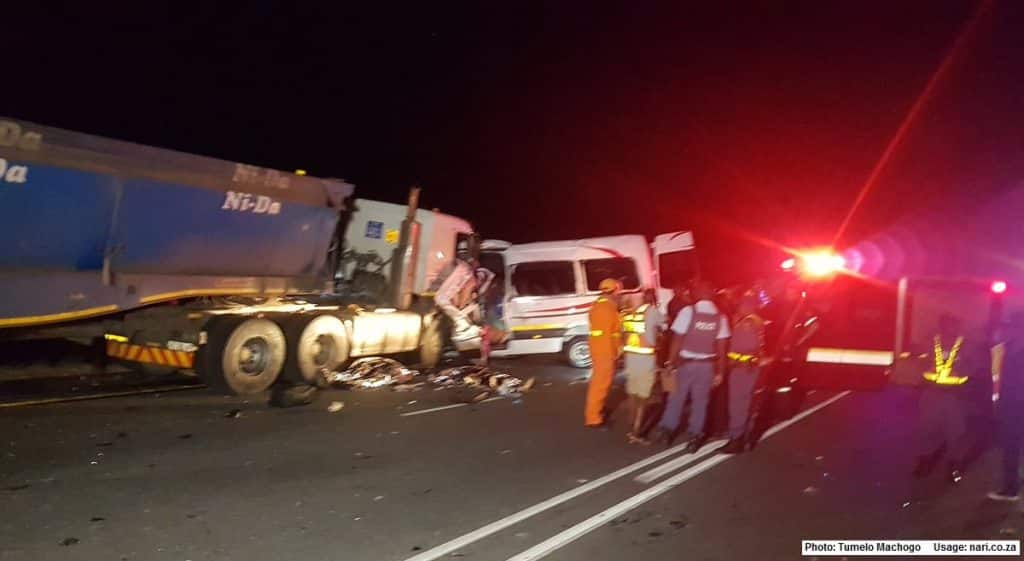 Two Trucks, a minibus taxi and a light motor vehicle were involved in a horrific crash on the N4 between Mbombela and Matsulu Mpumalanga.

Initial reports indicated that 9 people died on the scene. The death toll has now risen to 14 fatalities on scene.

“We are not yet sure to how many people have been injured. From the 14 fatalities we are yet to find out from which vehicles they were travelling in”, Mabuza said.