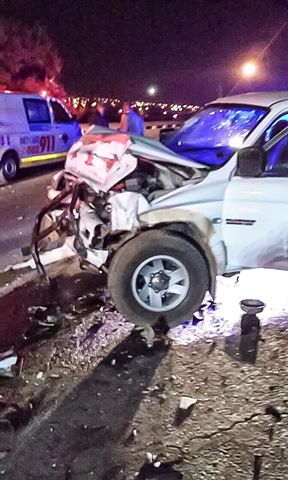 On Sunday morning at 03h58 Netcare 911 paramedics responded to a head-on collision on the R104 ( W F Nkomo St ) in Pretoria. Exact detail to the cause of the incident is still speculative and will form part of the South African Police investigation.

Paramedics arrived at the scene and found the roadway littered with accident debris and the twisted frames of the vehicles. After the occupants were examined they found that two people were injured, one critically and the other man was in a serious condition.

Netcare 911 transported the critically injured patient to hospital under the constant care of an advanced Life Support paramedic while the other patient was transported to hospital by another ambulance service.