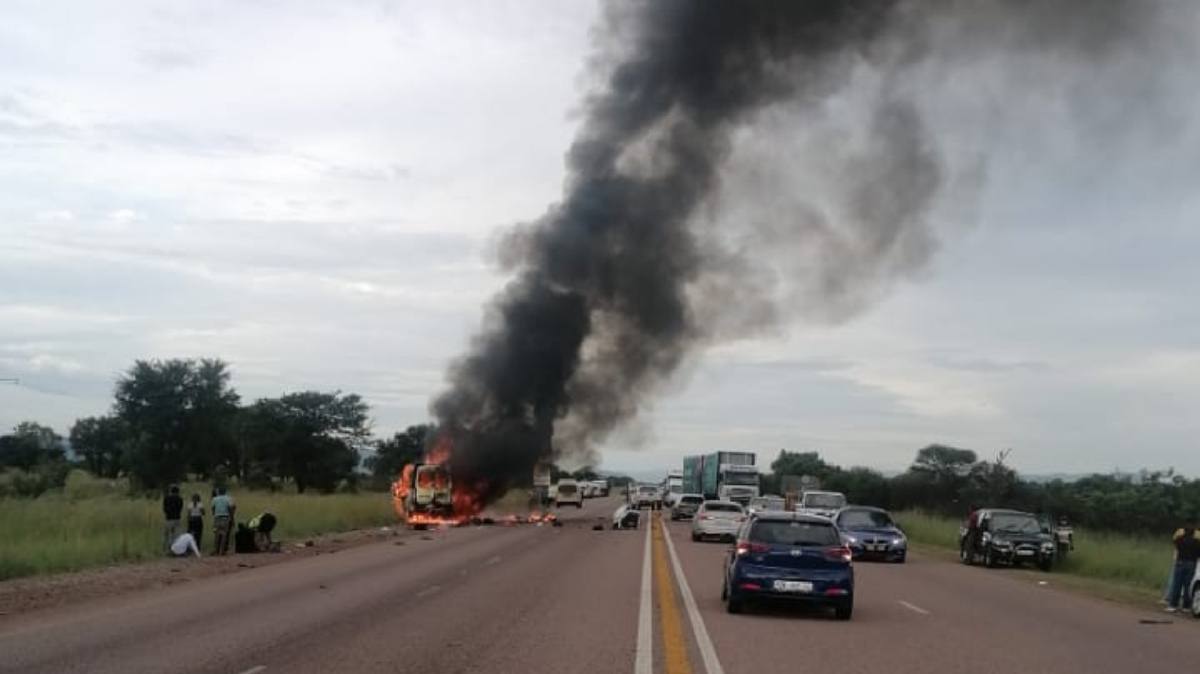 Seventeen people were killed when a Toyota SUV collided head-on with a Mercedes Benz 22-seater minibus on the N1 at Mookgophong in Limpopo on Tuesday evening.

Sixteen people from the minibus, including the driver, were killed in the crash and the driver of the Toyota SUV also died in the horriffic accident.

Department of transport and community safety spokesperson Mike Maringa said it is alleged the driver of the Toyota SUV lost control of the vehicle due to a burst tyre and collided head-on with the 22-seater Mercedes-Benz bus shortly after 5pm.

“The bus burst into flames and the 16 occupants trapped inside, including the driver, were burnt to death. The driver of the SUV was killed on impact. Eight people survived. Six are seriously injured and two escaped with minor injuries.”

“The MEC is again pleading with motorists to inspect their vehicles before they head to the road. She is concerned that most fatal accidents reported on the N1 have a common cause,” said Maringa.

Serious crash on the N1 south of Mookgophong,
Limpopo earlier this afternoon. pic.twitter.com/2SjToDBIu9