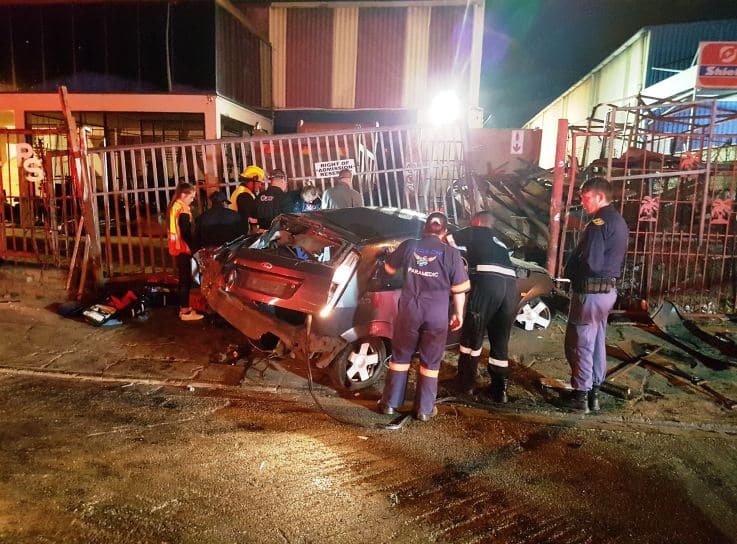 Two men have been killed and multiple hurt after a Bus and two cars collided on North Coast Road near Stanhope Place in Durban North on Friday evening.

A fully loaded bus had collided with two cars along North Coast Road. On assessment the two occupants from one of the cars were found to have multiple critical injuries, one had passed away before paramedics arrival however Paramedics attempt to resuscitate the passenger for close to 45 minutes however he too passed away on the scene.

Approximately twenty five passengers from the bus had sustained various injuries and were stabilised on scene before being transportd to various Durban Hospitals for the further care that they required.

At this stage the cause of the collision is unknown however SAPS were on the scene and will be investigating further.