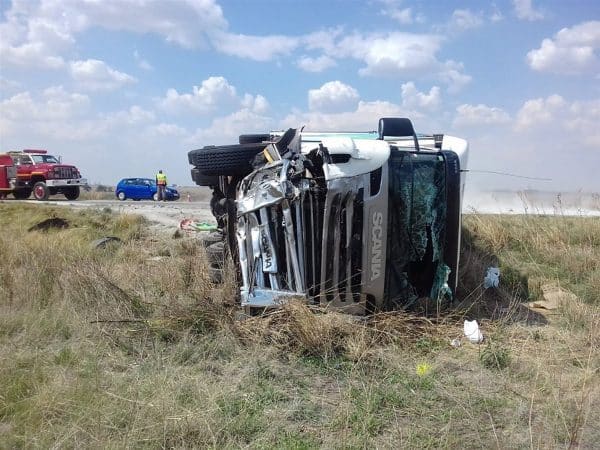 2 killed in Sasolburg truck and car head on

Two people were killed and two others sustained several injuries when a BMW collided head on with a truck on the R57 in Sasolburg.

Shortly after 1pm paramedics arrived on the scene where they found the truck on its side, completely blocking the road. The BMW was found several meters into an open veld next to the road.

A man and a woman were found with fatal injuries inside the BMW. Sadly, there was nothing that paramedics could do for them and they were declared dead on the scene. A third occupant with serious injuries was found a few meters away from the wreckage.

It is understood the truck carried four occupants at the time of the collision. Two occupants from the truck sustained injuries. A female occupant was treated for a serious leg injury. The driver and another occupant of the truck was not injured in the incident.

The injured were transported to Sasolburg General Hospital by ER24, Free State EMS and another service.

The exact cause of the collision is not yet known. Local authorities attended the scene.