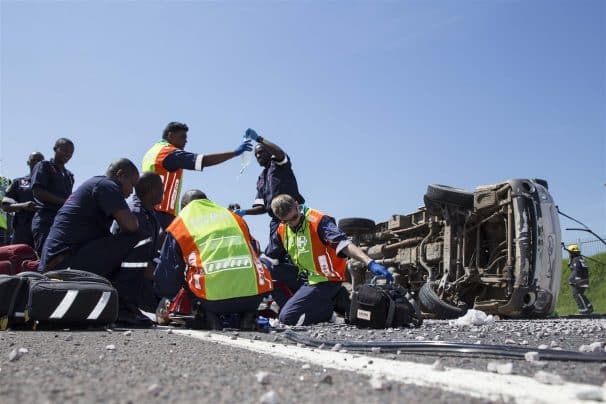 At 12h18 on Tuesday afternoon Netcare 911 paramedics responded to a collision on the N2 South by the old airport in Isipingo, Durban. Reports from the scene indicate that a two-ton Bakkie with a load of stone veered across the highway and overturned, its twisted remains coming to rest on its side in the fast lane with the stone scattered over the highway.

Medics arrived at the scene and found that the driver and passenger had been ejected from the vehicle, one landing on the concrete centre median while the other man was found lying in the fast lane, both with serious injuries.

After medics stabilised the men at the scene they transported them to a local hospital for the care that they required. The highway remains obstructed while cleaning operations are in progress.