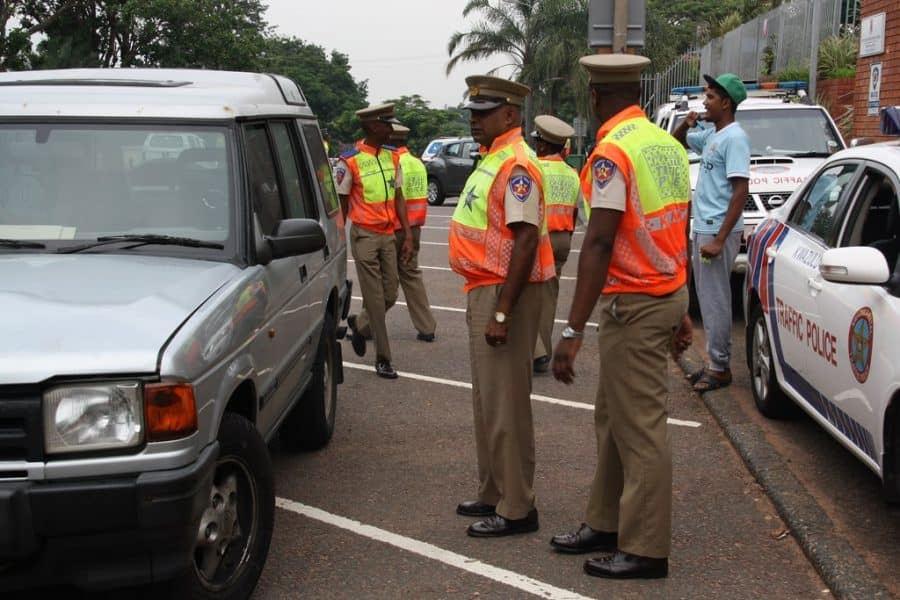 THE Durban North SAPS held its second roadblock with the Road Traffic Inspectorate (RTI) on Umhlanga Rocks Drive on Friday with more than 1o0 vehicles stopped. According to Lt Raymond Deokaran, 20 people were fined for various traffic offences including driving unlicensed vehicles and driving without a license.

“The roadblock occurred just opposite the Coastlands Hotel on Umhlanga Rocks Drive. It was our second operation we’ve conducted with the RTI in just a little over a week. More than 100 vehicles were stopped and 20 motorists were fined. Some were fined for having expired license discs, while others were driving without a license or driving without a seat belt. We’ve had several requests for law enforcement on Umhlanga Rocks because of people flouting the laws of the road.

“The operation was a resounding success, and there will be more operations similar to this leading up to the festive season. Motorists have a shared responsibility to other road users to make sure their vehicles are licensed and roadworthy and we have a responsibility of upholding the law,” he said.

The operation comes a week after a doctor was arrested on the M4 near eMdloti.