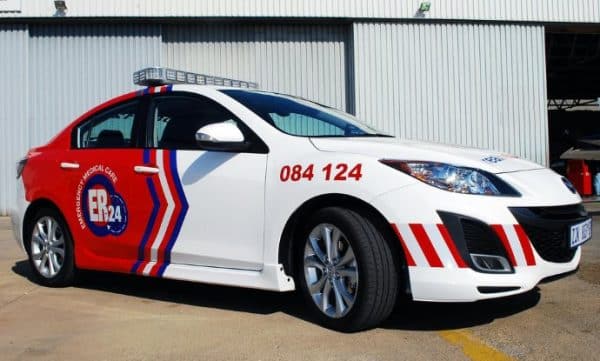 28 people injured after taxi & truck collides on R56, in KZN

28 people were injured on Wednesday afternoon after a taxi and truck collided on the R56 in Richmond, KwaZulu Natal.

ER24 paramedics, along with various other services, arrived on the scene and found that a taxi had t-boned a truck. Both vehicles were found in the middle of the road.

Most of the occupants had already climbed out of the vehicles and were now walking around on the scene.

Paramedics assessed the patients on the scene and found that 28 had sustained injuries ranging from minor to moderate. Fortunately, no serious or fatal injuries were reported.

Paramedics treated the patients and thereafter transported them to various facilities in the area for further care.

Traffic was heavily affected in the area due to the collision.

Durban – An RTI officer was killed in a hit ‘n run…