The arrests follow an investigation, by the department’s internal investigative unit, which has been ongoing for the past few months.

So far 83 drivers have been blacklisted on the national traffic information system (NaTIS) after they were traced by the unit.

“The uncovering of such an elaborate syndicate is a milestone in our endeavour to fight fraud and corruption,” said the KZN MEC for Transport, Community Safety and Liaison, Bheki Ntuli.

According to the department, the syndicate operated mostly in driver’s licence testing centres and mainly involved fraudulently processing learner’s and driver’s licences.

The department said the syndicate’s modus operandi involved people who were known as “jockeys” who charged a fee to impersonate the applicant to write tests for them using the applicant’s details.

The department said three “jockeys” living in Hammarsdale in Durban were arrested in one of their recent breakthroughs. One recipient of a learner’s licence from Camperdown was also arrested when trying to register their new vehicle.

Ntuli said the department was joining hands with other agencies, including the Hawks, in following closely some of the cases involving bribery, fraud and corruption.

“Such an act means that whoever obtains a driving licence without earning it endangers the lives of other road users. That is why processes are put in place to test the knowledge and competency of a learner before they are certified as a driver.”

Ntuli said having been awarded a licence without going through the proper channels undermined efforts to create accident-free roads.

“We are paying careful attention to our centres as we are making serious interventions in curbing the fraudulent issuing of learner’s and driver’s licences,” said Ntuli.

He urged driving schools and members of the public to report corrupt government officials.

The arrests of the syndicate comes at a time when the province is experiencing a spate of accidents resulting in multiple fatalities.

The DA’s KZN Transport spokesperson, Sharon Hoosen, welcomed the arrests and labelled it as a step in the right direction. 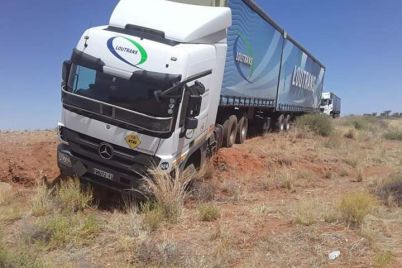 Hijacked truck, load of sanitisers and soup worth R10m recovered in Pretoria

Police in Pretoria has recovered a hijacked truck packed with sanitisers and soup worth a whopping R10 million in Lynnwood.…