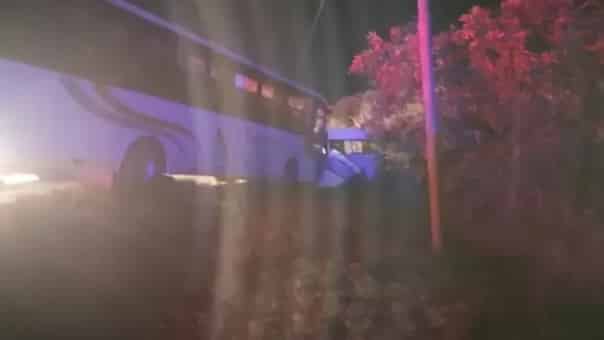 The Road Traffic Management Corporation (RTMC) on Monday said it was investigating at least three major crashes which claimed 36 lives over the long weekend.

In a statement, the RTMC said 24 people died on Sunday night when a minibus collided with a bus on the R81 near Maphalle Village in Limpopo.

“The crash happened on Sunday night when one of the drivers lost control of the vehicle and collided head-on with another one on a sharp curve,” the RTMC said.

“The RTMC and the police will be investigating allegations that the minibus was overloaded with 10 people when the collision happened. This resulted in 24 fatalities from the minibus and three injuries from the bus.”

Earlier on Sunday morning six people died on the same stretch of road near Dingamanzi Village when two sedans collided.

Police were investigating the cause of the accident.

In another crash in Mpumalanga, six people died, including children aged between the ages of two and thirteen, when two sedans collided on the R55 between Emalahleni and Verena.

“This was the bloodiest weekend we have experienced and it again points to recklessness and negligence by drivers,” said RTMC chief executive Makhosini Msibi.

Msibi urged motorists to be vigilant as traffic was expected to increase on Monday afternoon as many motorists would be travelling back home following the long weekend. ANA