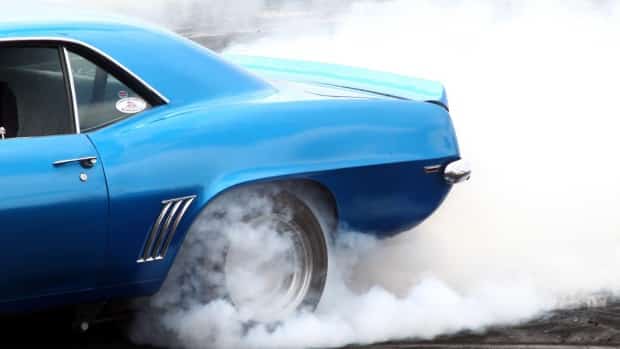 Intentional loss of traction is now a motoring no-no but the illegal firsts below happened a long time before that was introduced. 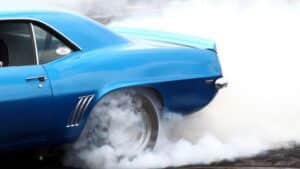 While it is claimed that the first actual speeding ticket was issued in Ohio in 1904, the first recorded incident of someone being punished for breaking the speed limit happened in New York in 1899. Jacob German was a taxi driver who used a car made by the Electric Vehicle Company to carry passengers around the streets of New York. While horse-drawn cabs were still far more popular, German was one of around 60 cabbies who used the EVs.

A police officer on a bicycle noticed German speeding down Lexington Avenue at the terrifying speed of 19kmh, or 50 percent faster than the limit of 13kmh. German was not issued with a speeding ticket, but rather thrown in jail!

Drivers have been speeding since the dawn of the automobile. But the numbers are a bit bigger these days. 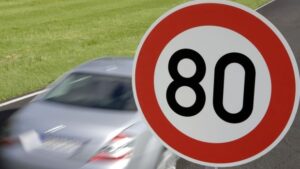 Drivers have been speeding since the dawn of the automobile. But the numbers are a bit bigger these days.

If driving at 19kmh hardly seems a crime worthy of jail, it may pay to consider this story. On the 17th of August 1896, Arthur Edsall was driving his Roger-Benz horseless carriage in London at the dangerous speed of 6kmh (despite the Roger-Benz only being designed to go 3kmh).

A reckless speed of 6kmh in this Roger-Benz resulted in the first car-pedestrian fatality, in 1896.

A woman named Bridget Driscoll chose that moment to step into the street in front of Edsall’s ‘speeding’ car. Witnesses say that Edsall rung his bell and shouted, but any such efforts were wasted as he was travelling at a “tremendous pace” akin to a “fire engine going as fast as a horse could gallop”.

Driscoll was said to be “bewildered” and frozen in place as Edsall barrelled ever-so-slowly towards her. She was struck and killed, making her the first car-pedestrian fatality.

A few months before the death of Bridget Driscoll, Baron de Zuylen of Paris was going through an early automotive trauma of his own. In June 1896 he had taken his Peugeot back to the factory for some repairs, when he found out that a mechanic had stolen it. It was not the smartest thing the unnamed mechanic had ever done, as cars were rare and he was quickly tracked down by the police in the nearby town of Asnieres.

First reported car theft: this 1896 Peugeot. Have you seen it?

While this is the first ‘official’ car theft, a far higher profile one had taken place several years earlier when Bertha Benz took her husband’s invention for a 90km joyride (when he wouldn’t) to promote it. She also managed to invent brake linings along the way when she stopped at a cobbler to get him to fit a leather lining to the brake shoes to improve their performance.

Okay, so making a phone call from a moving car is hardly the biggest crime on this list. But the first phone call made from a car also happens to be the first ‘mobile’ telephone call ever made as well!

First ”mobile” phone call came from a car in 1948. Probably distracting for driver and everybody who saw it.

On June 7th, 1948 an unnamed driver in St Louis pulled out a handset from under his car’s dashboard and placed a phone call. A team from AT&T had been working for more than a decade to achieve this feat and by 1948 a wireless telephone service was available in almost 100 cities and highway corridors. The ‘network’ was primitive to say the least, and at most three subscribers could make calls at one time in any city.

The first race between two self-powered road vehicles also happened to be the first illegal street race. No neon-coloured Hondas, ridiculously lowered Toyotas or pumped up muscle cars took part, however. The race took place on the 30th of August, 1867. Twenty-two-year-old James Boulton raced his father’s steam-powered horseless carriage against an unknown competitor over 13km between Ashton-under-Lyne and Old Trafford in England, taking the win (eventually).

Fast and Furious: but the first-ever illegal street race wasn’t.

While Boulton’s father knew of the race (and was apparently even present), the race was highly illegal as both vehicle were violating the ‘red flag’ law that required any self-powered vehicle to be led by a pedestrian waving a red flag.

Funny how times have evolved.