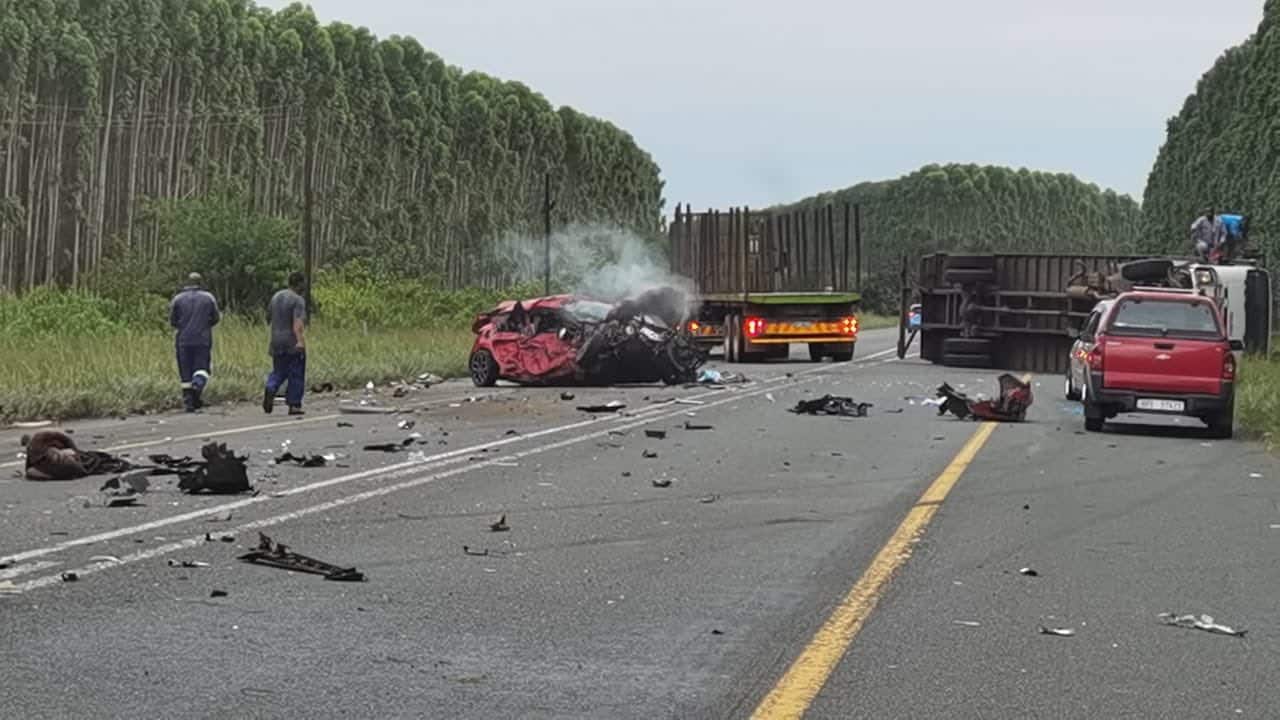 Five people have been killed in a collision involving a truck and two other vehicles on the N2 highway near Mposa in Northern KwaZulu-Natal on Thursday morning.

It is reported that a bakkie lost control and the truck attempted to avoid it but collided with an SUV in which five occupants from the same family had been travelling.

According to TimesLIVE, four people from the SUV, all family members, died in the horrific crash.

They were apparently on their way to a wedding in Hlabisa.

The survivor in the SUV was critically injured and is fighting for her life at the Netcare Bay Hospital in Richards Bay.

A woman in a separate vehicle also died.

Two occupants of the bakkie sustained moderate injuries and they were taken to Ngwelezana Hospital near Empangeni.

Videos have surfaced online, of a horrific scene of a crash between…