Navy veteran Joe Calderazzo and a female friend, who had just returned from a veterans’ meeting, were thrown from their bike in the incident

This shocking video shows the moment a motorist appears to deliberately slam into a motorcycle – sending its Navy veteran rider and a friend sprawling.

The scary footage, taken from inside another car, catches the moment the car and motorbike collide.

It then appears to drive off as a dazed Joe Calderazzo and a female friend, who had just returned from a veterans meeting, picking themselves up off the road.

According to American news sites WFTS and WTSP , a witness claimed to see the driver of a silver car ‘out of control’ before the incident.

The car lurches forward and on top of the motorbike
Abe Garcia said: “I saw him almost run one of the bikers over, like off the side of the road.

“So then the bikers caught up to him at a red light and words started exchanging, and then the guy went complete psychopath.”

In the video, the bikers appear to be talking to the driver for a few seconds before the car lurches forward and into the motorbike, knocking it over and throwing the riders off.

Joe Calderazzo and his female friend were sent sprawling by the impact
Mr Calderazzo told WTSP: “I thought the guy was trying to kill us, obviously.

“You know you don’t know what’s going through your mind.

Both riders suffered only minor injuries.

The driver of the car, Robert Paul Vance, 31, faces hit-and-run and aggravated battery charges in connection with the incident. 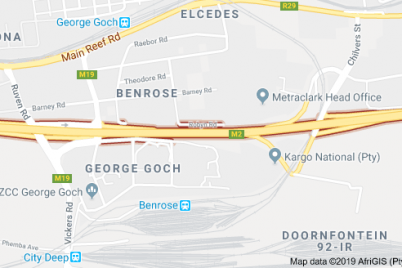 Durban – A KwaZulu-Natal truck driver was killed in yet another brutal attack in the province on Monday. The driver,…