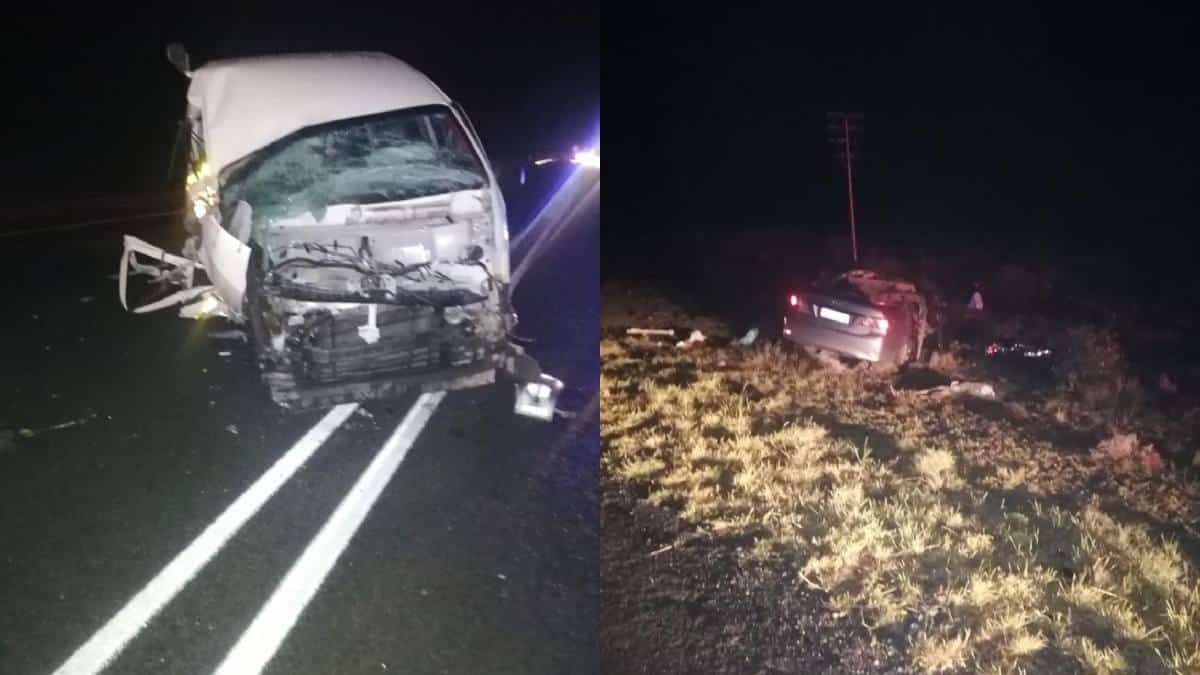 Another taxi accident near Beaufort West on N1 has claimed six lives. It follows another fatal taxi and a car accident that happened three days ago that left 8 people dead.

This Thursday morning around 01h00 a taxi and a car collided on the same highway stretch between Beaufort West and Leeu Gamka.

Department of transport and public works spokesperson Jandre Bakker said that both drivers died in the collision.

“In the minibus taxi, the male driver died, in the light motor vehicle the male driver, his male passenger and three children, two girls and a boy died. A stop and go is in place and traffic delays can be expected.” Bakker said.

On Tuesday, 8 people perished when a taxi and a car collided and burst into flames.

Motorists are urged to exercise extra caution when driving during this festive season to minimise the chances of getting into accidents.

Durban – A truck driver died as a result of severe injuries…