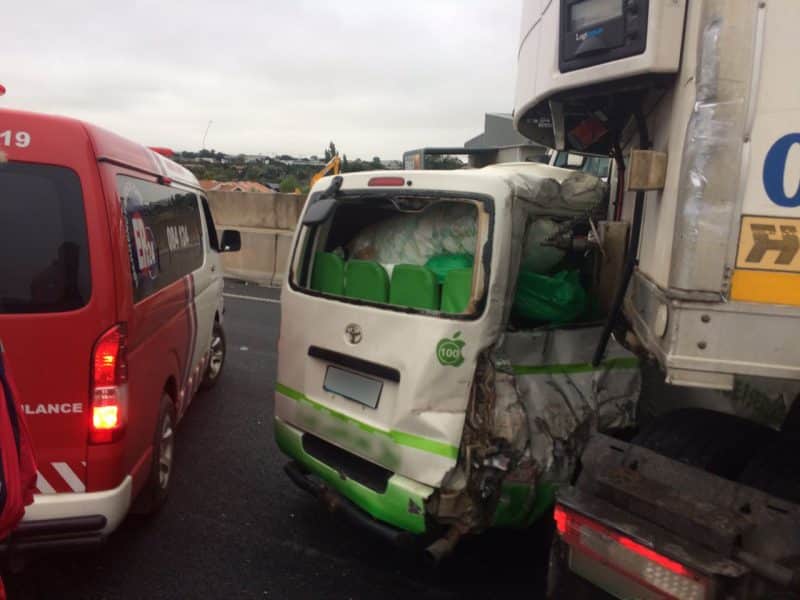 6 vehicle pile up on N12 near Germiston leaves 6 injured

Six people have been left injured this morning after a multiple vehicle collision on the N12 west-bound near the Kraft Road turn-off in Germiston.

ER24 paramedics, along with another service, arrived on the scene to find the right two lanes of the highway completely blocked by several vehicles.

Upon closer inspection, paramedics found that two large trucks and four light motor vehicles had been involved in the collision.

The six patients were assessed and found to have sustained minor to moderate injuries. Fortunately, no serious or fatal injuries were reported on the scene.

The patients were treated for their injuries and thereafter transported to nearby hospitals for further treatment.

The cause of the collision is not yet known but local authorities were on the scene for further investigations.

Traffic is still heavily affected in the area and motorists are urged to find alternative routes to their destinations.

At least 8 minibus taxis have been burned on Durban road, Korsten…