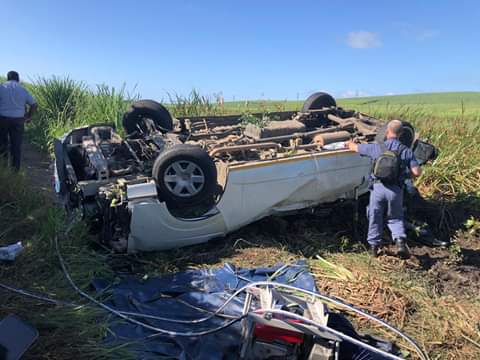 Seven people have been killed when a mini-bus taxi they were travelling in rolled over in uMhlali on Friday morning.

The vehicle had been travelling along the R102, near Shaka’s Kraal, on the north coast.

Not much information is known about its destination or where it had been travelling from at this stage.

Due to the number of people affected numerous emergency services responded.

KZN EMS spokesperson Robert McKenzie says many others who occupants of the vehicle were left injured.

“Tragically a total of seven people have lost their lives in this crash. Paramedics transported 15 patients to the hospital for continued medical care. Of these patients, transport seven are in a critical condition. The exact cause of the crash is not known at this stage and is being investigated by police,” he said.

A crash between a truck and a minibus taxi over the weekend left twenty people injured. The crash happened on N2 south at uMzumbe in KwaZulu Natal on Sunday