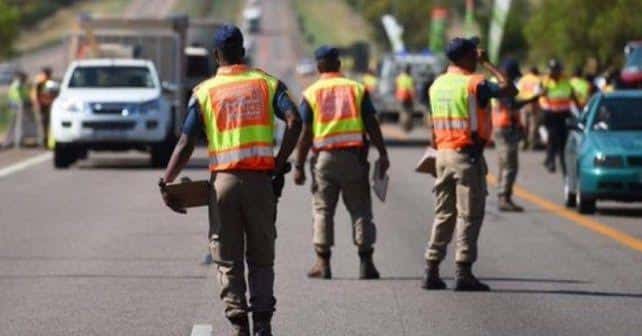 AARTO: How to avoid accumulating points

It was piloted in Johannesburg and Tshwane, and according to government, it will help curb SA’s high rate of road deaths – which comes to over 14 000 people per year, with an economic impact of some R147bn.

The points system was similar to what was already used in several European countries and would help make SA’s roads safer.

Here’s what you need to know:

How AARTO point system will work?

The new point system will have each driver starting off with zero points, with the highest number set at 12 points. These points will work on a cumulative basis, with a different number of points for each traffic violation.

If the points amount to 12 or more, the driver’s licence will be suspended for a period of three months. One point is reduced every three months if no further violations occur. But should motorists exceed three suspensions, they run the risk of permanently losing their licence, as it can be cancelled if it has been suspended for a third time.

A driver/operator who is disqualified for the third time will permanently lose the licence/operator card and will have to reapply for testing, as if they were a first-time license/operator applicant. The new system will also prevent you from renewing your drivers and/or vehicle licence if you do not pay your traffic fines.

What are the traffic offences that would add to your demerit points?

From the lowest to highest allocation of points:

How can you avoid points piling up?

WesBank advises that you should carry carry your drivers’ licence at all times, as required by law.

Always adhere to the speed limit and maintain a safe following distance between your car and the car in front of you. And put away your cell phone, as it slows reaction times – which makes it difficult to keep in the correct lane, and to keep the correct following distances. Whatever it is can wait!

Strive to be courteous and adhere to good road manners by respecting the rules of the road as well as fellow motorists. And lastly, be more tolerant and patient on the road and avoid aggressive driving.

Cape Town – Schoolchildren were among the looters who raided a truck…

This website uses cookies to improve your experience while you navigate through the website. Out of these, the cookies that are categorized as necessary are stored on your browser as they are essential for the working of basic functionalities of the website. We also use third-party cookies that help us analyze and understand how you use this website. These cookies will be stored in your browser only with your consent. You also have the option to opt-out of these cookies. But opting out of some of these cookies may affect your browsing experience.
Necessary Always Enabled
Necessary cookies are absolutely essential for the website to function properly. These cookies ensure basic functionalities and security features of the website, anonymously.
Functional
Functional cookies help to perform certain functionalities like sharing the content of the website on social media platforms, collect feedbacks, and other third-party features.
Performance
Performance cookies are used to understand and analyze the key performance indexes of the website which helps in delivering a better user experience for the visitors.
Analytics
Analytical cookies are used to understand how visitors interact with the website. These cookies help provide information on metrics the number of visitors, bounce rate, traffic source, etc.
Advertisement
Advertisement cookies are used to provide visitors with relevant ads and marketing campaigns. These cookies track visitors across websites and collect information to provide customized ads.
Others
Other uncategorized cookies are those that are being analyzed and have not been classified into a category as yet.
SAVE & ACCEPT
Total
27
Share
27
0
0
0
0