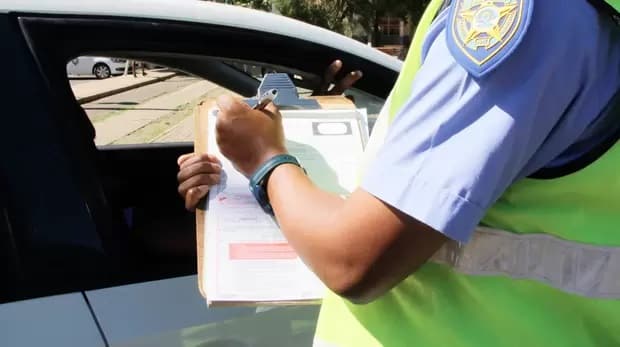 A civil rights group and the Automobile Association (AA) have raised concerns with some of the draft regulations for the Administrative Adjudication of Road Traffic Offences (Aarto) Act.

The regulations were gazetted earlier this month by Transport Minister Fikile Mbalula and are out for public comment until December 1.

Concerns were raised regarding a R100 infringement levy and the use of electronic service options which could include WhatsApp, email or SMS.

Candidate commercial and corporate law attorney Suhail Ebrahim, who is from Shepstone & Wylie, said if the process of sending notices of traffic infringements was effected using an electronic service, the system could be open to abuse.

He said infringers might not always provide correct information, which could defeat the object of the electronic service.

However, Ebrahim warned the withholding of correct information might be unlawful.

He said that the regulations still allowed for traditional forms of service such as by post and personal service in cases where the reservice of documents or infringement notices was required.

The Aarto Act made provision for forms called Aarto 01 and Aarto 02, which were the infringement notices to be served by electronic means, he said.

Ebrahim said Regulation 29 provided that personal service was achieved at the roadside, when any document such as Aarto 01 and Aarto02 was served on a person who committed an infringement.

“The infringer would be required to insert his particulars as well as mediums through which electronic service may be effected, such as his email address and cell number, which details the infringer must confirm to be correct,” he said.

The Organisation Undoing Tax Abuse (Outa) said it strongly disagreed with notices being served by means other than registered post.

“Outa is not opposed to using other technological advanced mediums in general, but given the serious consequences that may follow an alleged infringer, such service is not adequate.”

Meanwhile, AA spokesperson Layton Beard said the R100 infringement penalty levy, which will be paid in addition to a fine, was tantamount to a “stealth tax”.

“We think it’s unfair and we reject it outright,” he said.

The AA said the levy was “similar to having someone pay a fee to submit their tax returns”.

“It’s an ultimately unfair surcharge for a function that is already paid for through traffic fine revenue,” the AA said.

It also said that it was not clear whether the levy would be repaid to the infringer if the infringement was successfully challenged.

“The quiet implementation of a multibillion-rand stealth tax is an outrageous addition to the regulations.

“We urge the Department of Transport to remove it – it is neither just nor necessary and is in our view an example of the Road Traffic Infringement Agency, which administers Aarto, encroaching on the National Treasury’s fiscal territory,” the AA said.

It said that while there were provisions in the draft regulations which were sound, such as those relating to driving in emergency lanes and to the misuse of licences, there was much which required revision and reworking.

Outa said the organisation believed the R100 levy did not constitute a tax but was described as an administrative cost.

“The Infringement Penalty Levy as referred to in the act is but one of the many issues Outa has with the Aarto acts.

“Outa agrees that it is an administrative cost and not a tax, the simple reason being that the infringement penalty levy will go directly to the authority, the Road Traffic Infringement Agency when collected, as opposed to tax that goes directly to the fiscus.”

The organisation said it did not agree that the Aarto Act as well as the Aarto Amendment Act woud be the most effective way to curb road fatalities and to promote road safety.

The organisation has launched a Constitutional Court challenge against the acts, asking it to declare both unconstitutional.

DURBAN – Key role players in the freight industry are appealing for…