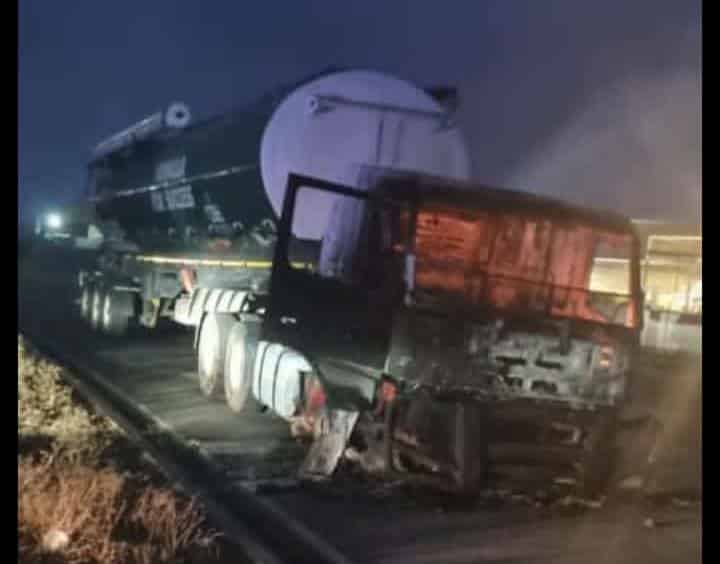 Transporters are urged to avoid sending trucks to Litchenburg or at least check with authorities first if it safe to do so. This after at least 2 truck and a bakkie were torched in a violent protest which erupted at Blydeville.

Reports started filtering in around 05h00 this morning on Friday the 10th that the Blydeville community was blockading roads.

One truck was set alight near to Shell garage situated on the corner of Nelson Mandela drive and 12th Avenue.

Another truck was set alight on the R503 near Agrico.

SA Truckers in the area, however, reported that at least three trucks have been torched. This could not be immediately confirmed.

POP Mahikeng were summoned and they are monitoring the situation.

The instigators and reason for the disruptive protest are yet to be determined.

Truckers are urged to check with their controllers if the area is safe to drive through.

❗Violent Protest Alert❗
Truckers, you are urged to avoid Litchenburg or at least check with authorities before proceeding as 2 trucks have already been burned following protests that started at Blydeville https://t.co/T4o638HeUk pic.twitter.com/eGsQuEUnLT