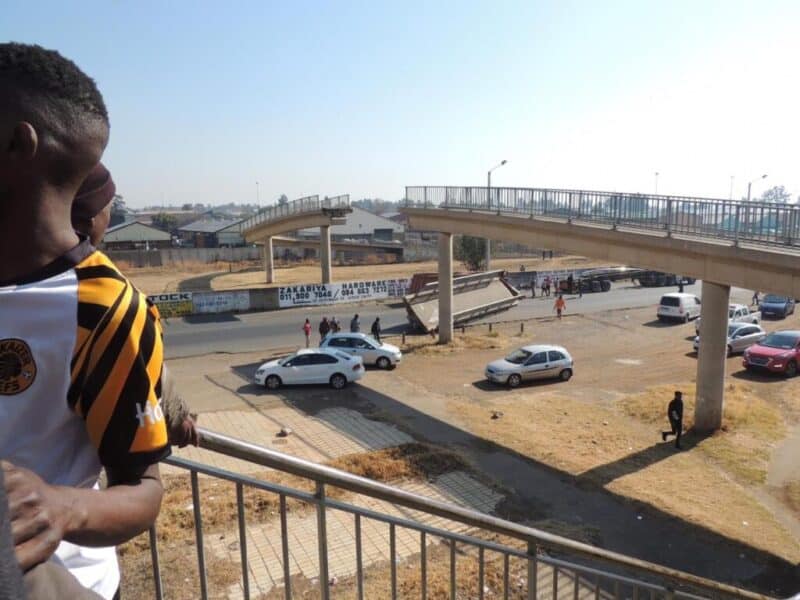 A truck driver is lucky to be alive after the Angus Station footbridge on Old Vereeniging road in Alrode South, collapsed onto his truck missing him by a fraction of a second as he drove beneath it.

While the truck escaped damage, the side-tipper trailer was severely damaged as the bin was ripped off from the chassis.

Pictures of the collapsed bridge doing rounds on social media show that before the collapse, the bridge was patched up on the sides.

The bridge’s railing was welded suggesting authorities must have known about the impending danger.

The actual cause of the bridge collapse is still unknown. 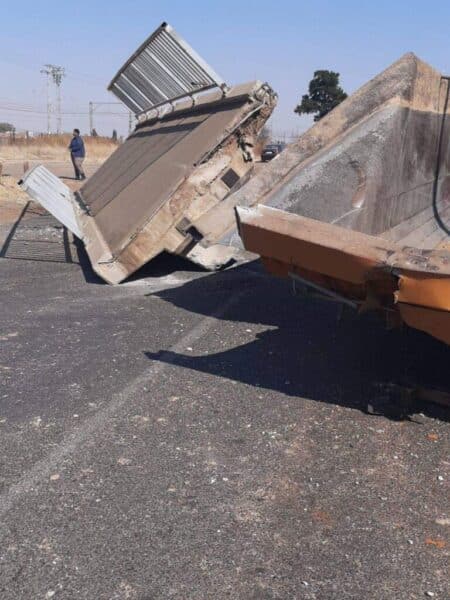 Trucker killed, another injured after 3 trucks collide in Ekurhuleni