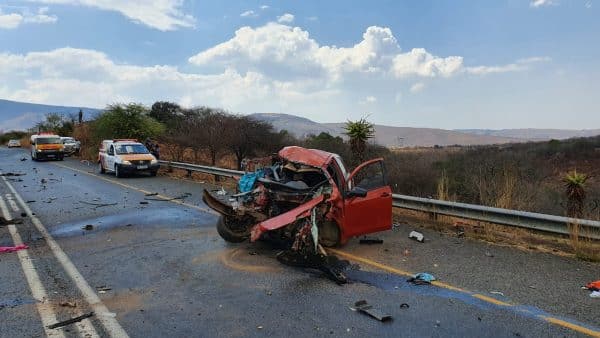 At least 28 people lost their lives in accidents during the weekend on South African roads. KwaZulu Natal province has the majority of the fatalities as two separate crashes had at least five fatalities amongst others.

In KwaZulu-Natal, five people were killed in a crash on the N2 near Mtubatuba on Saturday.

The provincial transport department said reports from the officers who attended the scene reveal that a truck collided with a taxi belonging to Jozini Municipality loaded with 12 passengers.

Five people — two men and three women — died on impact, while four were critically injured and three escaped with minor injuries. The injured passengers were rushed to a medical facility in Richards Bay to receive medical care, the department said.

The truck driver, however, was alleged to have fled the scene. He has not yet been arrested.

“It is alleged that the driver of the truck was joining the freeway from the side of the road without observing the oncoming cars and as a result the minibus crashed into it. Forensic experts have been dispatched to establish the real cause of the crash,” the department added. 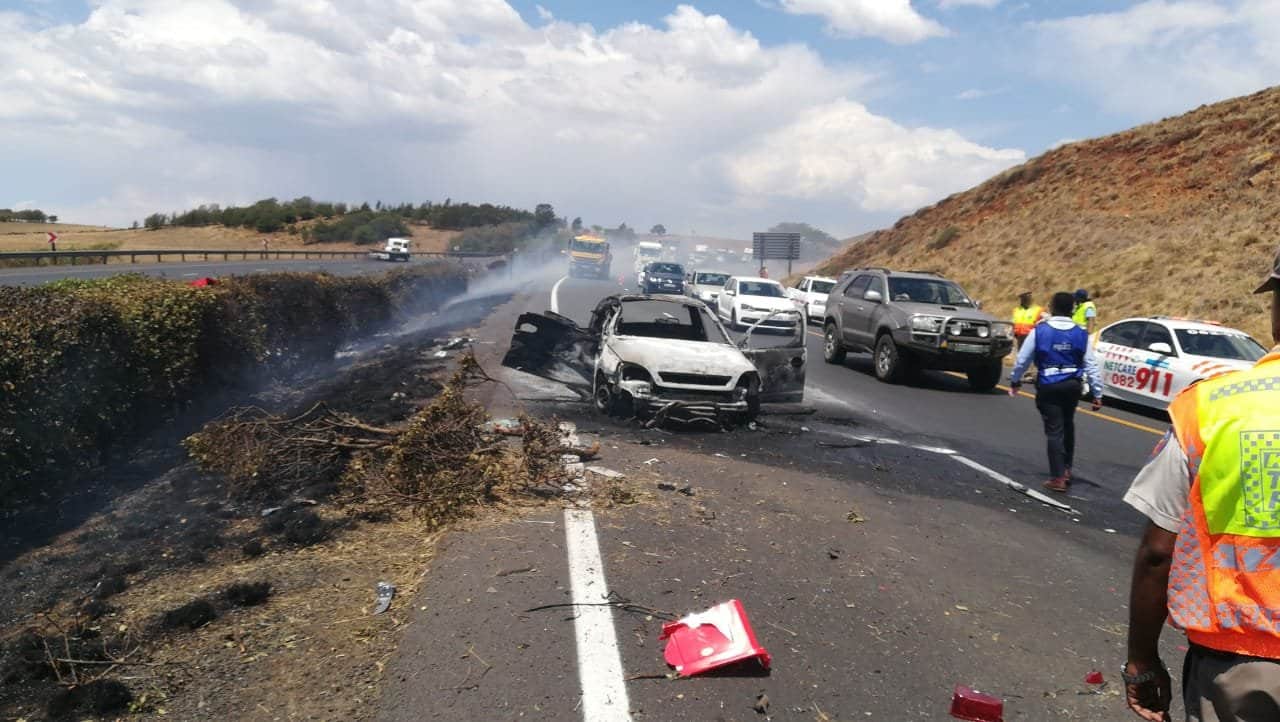 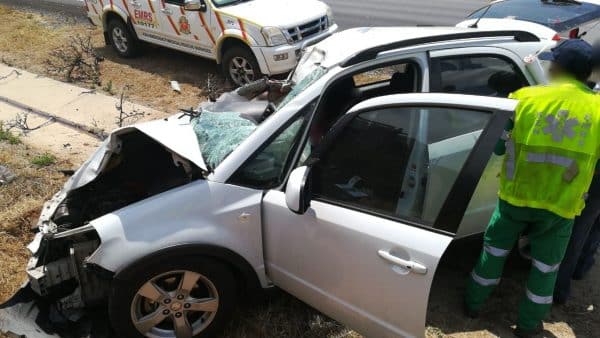 This morning at approximately 11:45, two cars collided causing one of them to burst into flames on N3 between Mooi River and Estcourt.

One of the two occupants from the burning car managed to get out, but unfortunately, the second occupant was unable to escape and died in the fire. The occupant that escaped sustained serious injuries from the collision and fire, the patient was treated and stabilized on the scene before being transported to the hospital.

The occupant from the other car, unfortunately, sustained fatal injuries from the accident and died before paramedics could arrive.

One killed in truck and car crash on R34 Melmoth road 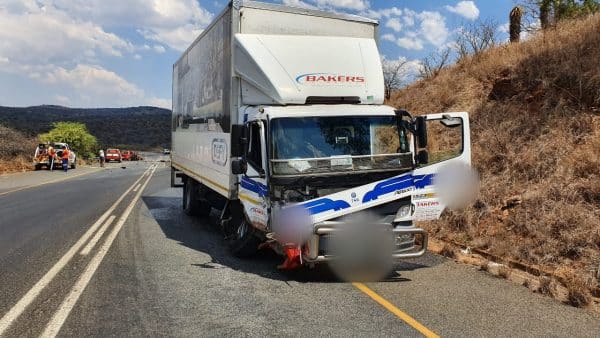 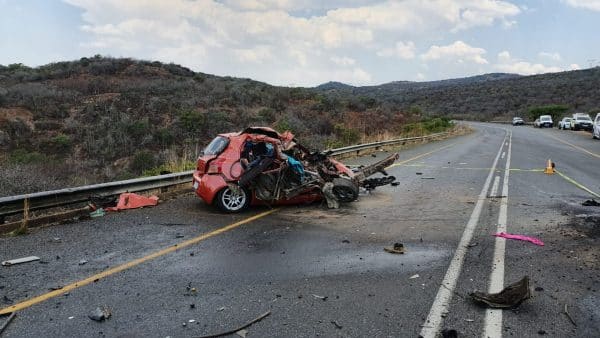 At 11h30, one person was killed after a truck collided with a car on R34 Melmoth road.

Two people from the truck escaped with minor injuries while from the car one died while the other was seriously injured. 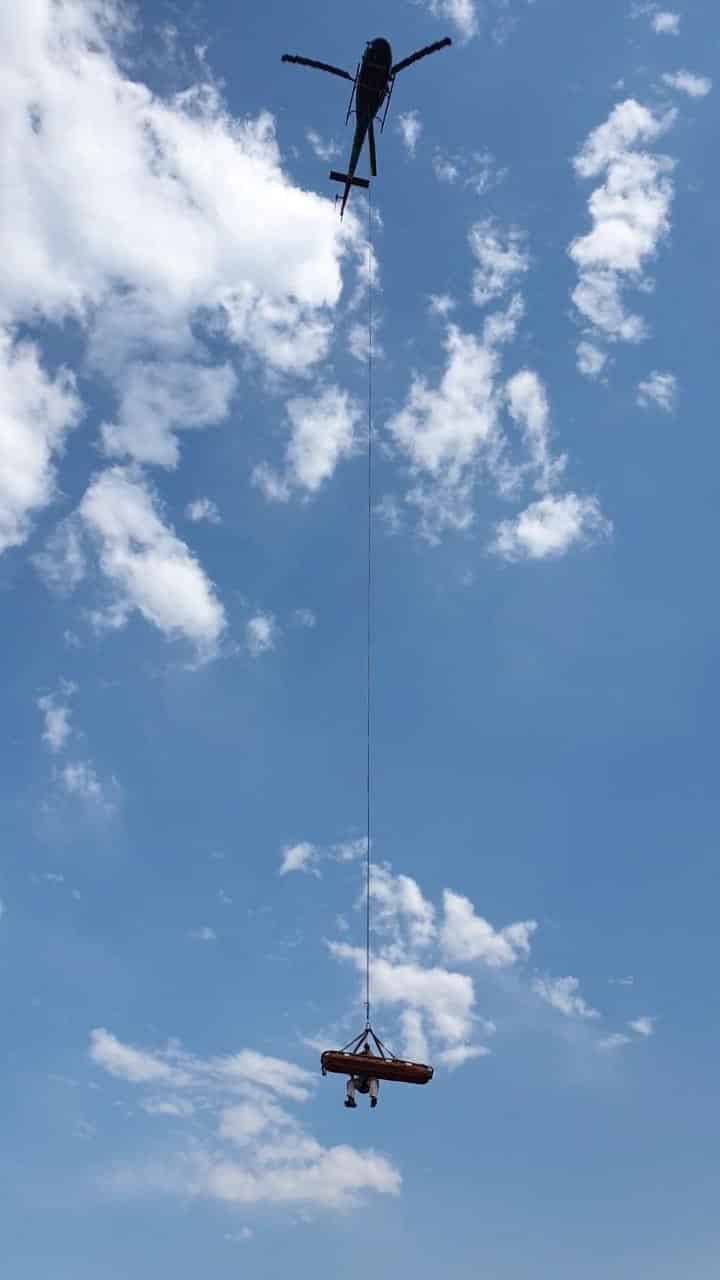 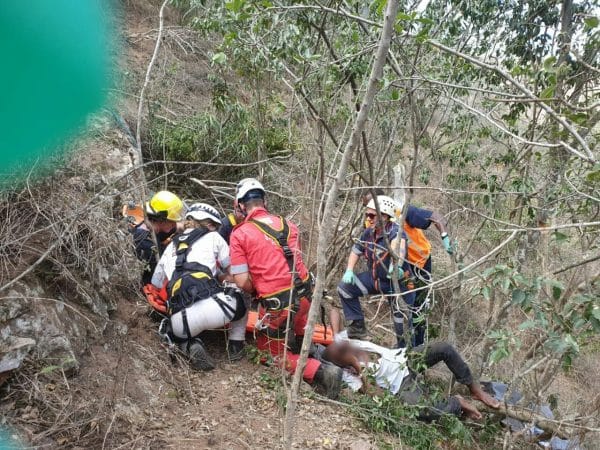 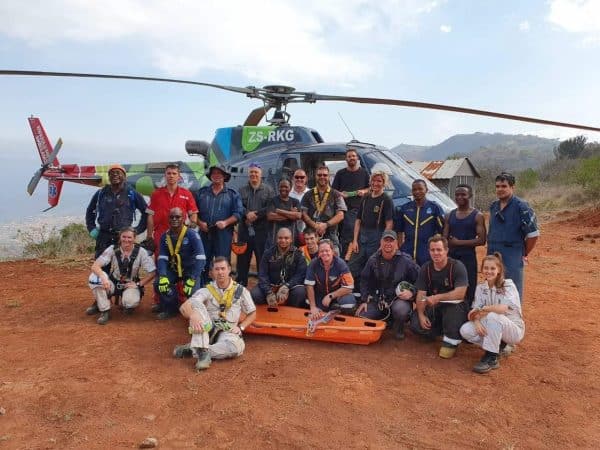 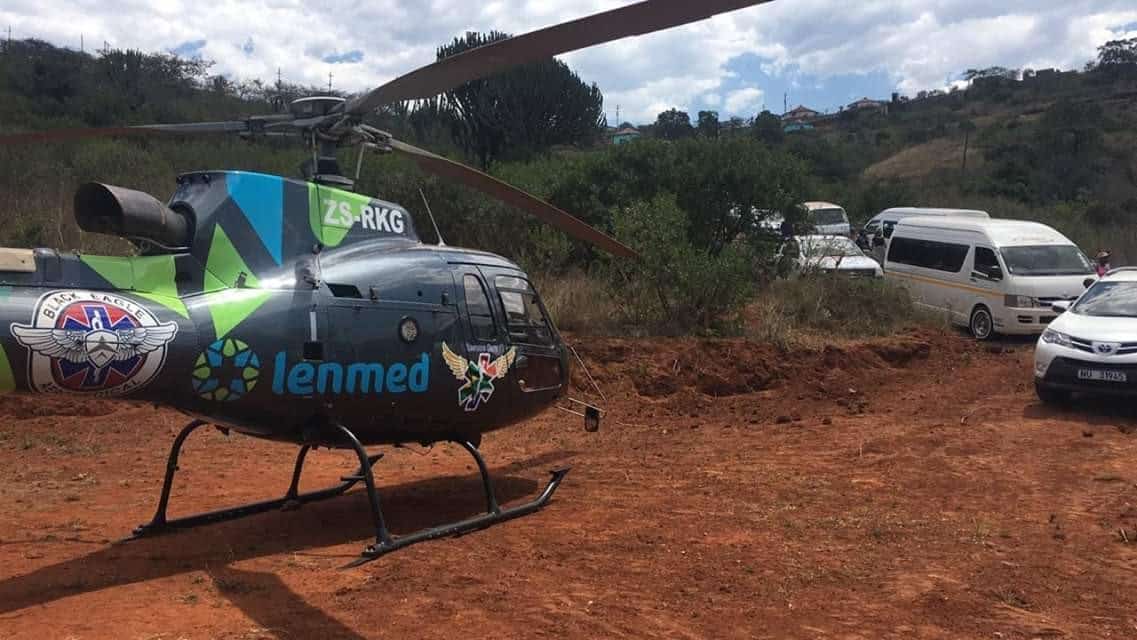 Six people were killed and eight others injured, two seriously so, after a Taxi lost control and overturned in the KwaNgcolosi Area near Inanda Dam in Hillcrest just before 10am on Sunday morning.

The taxi rolled down an embankment and rested about 1km down the valley. Paramedics had to walk down the valley to access the patients as rescue vehicles could make it.

A helicopter was employed to ferry the injured and the deceased from the valley.

One killed in Midrand crash 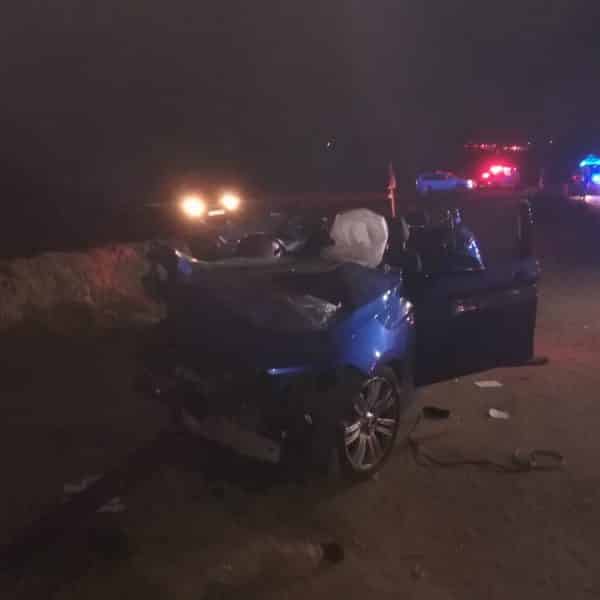 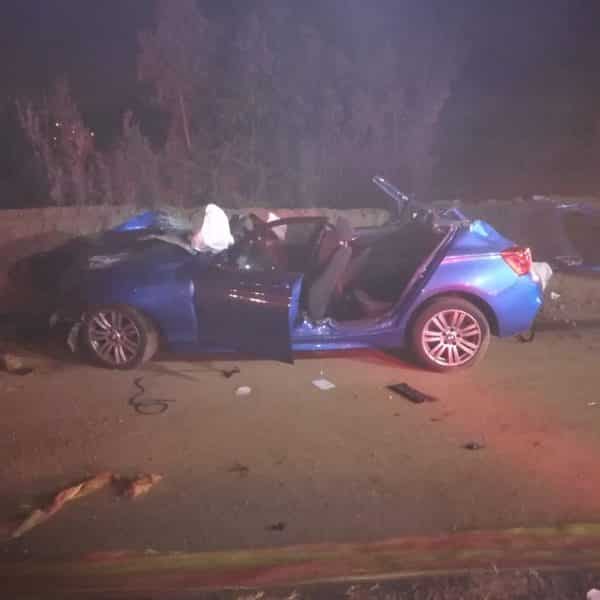 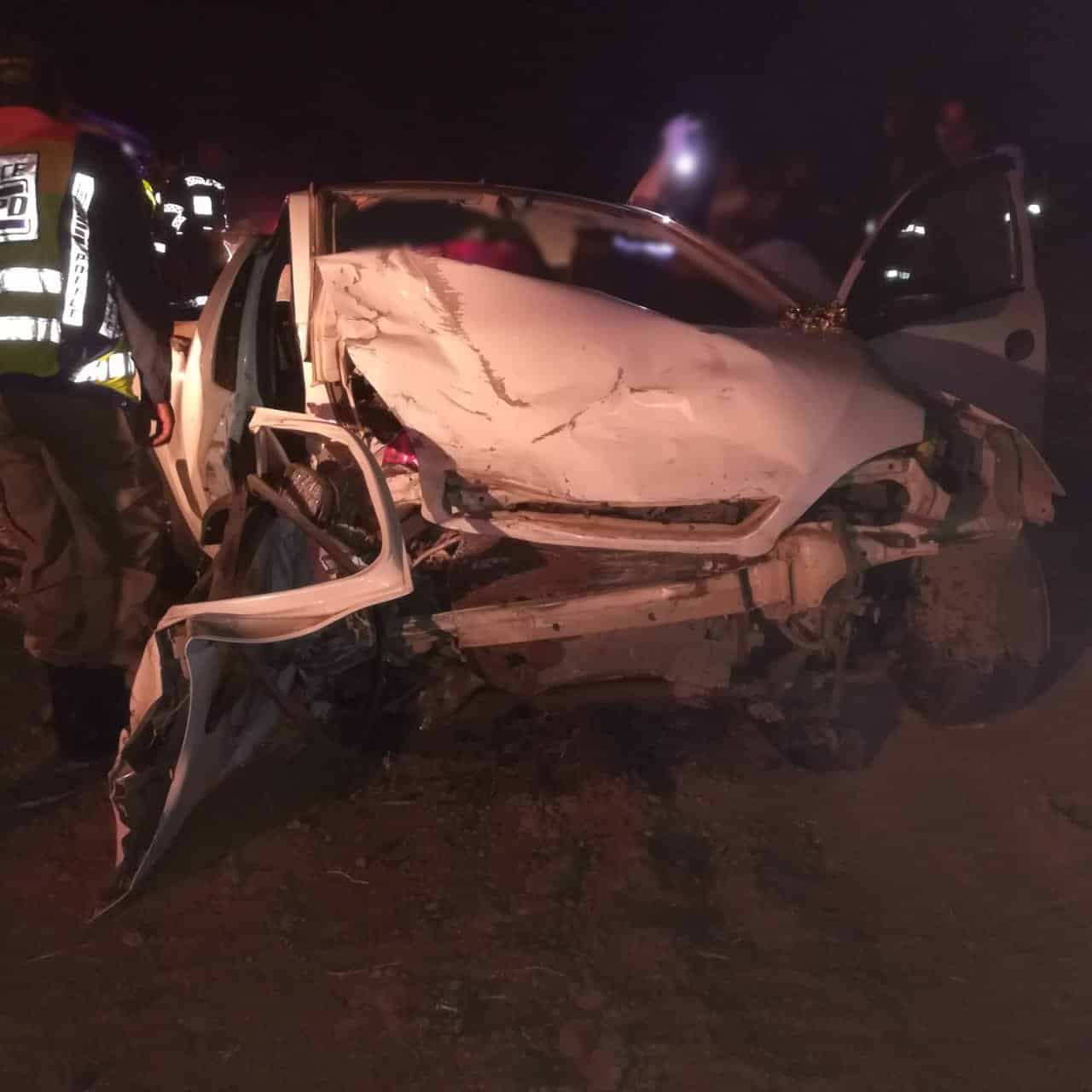 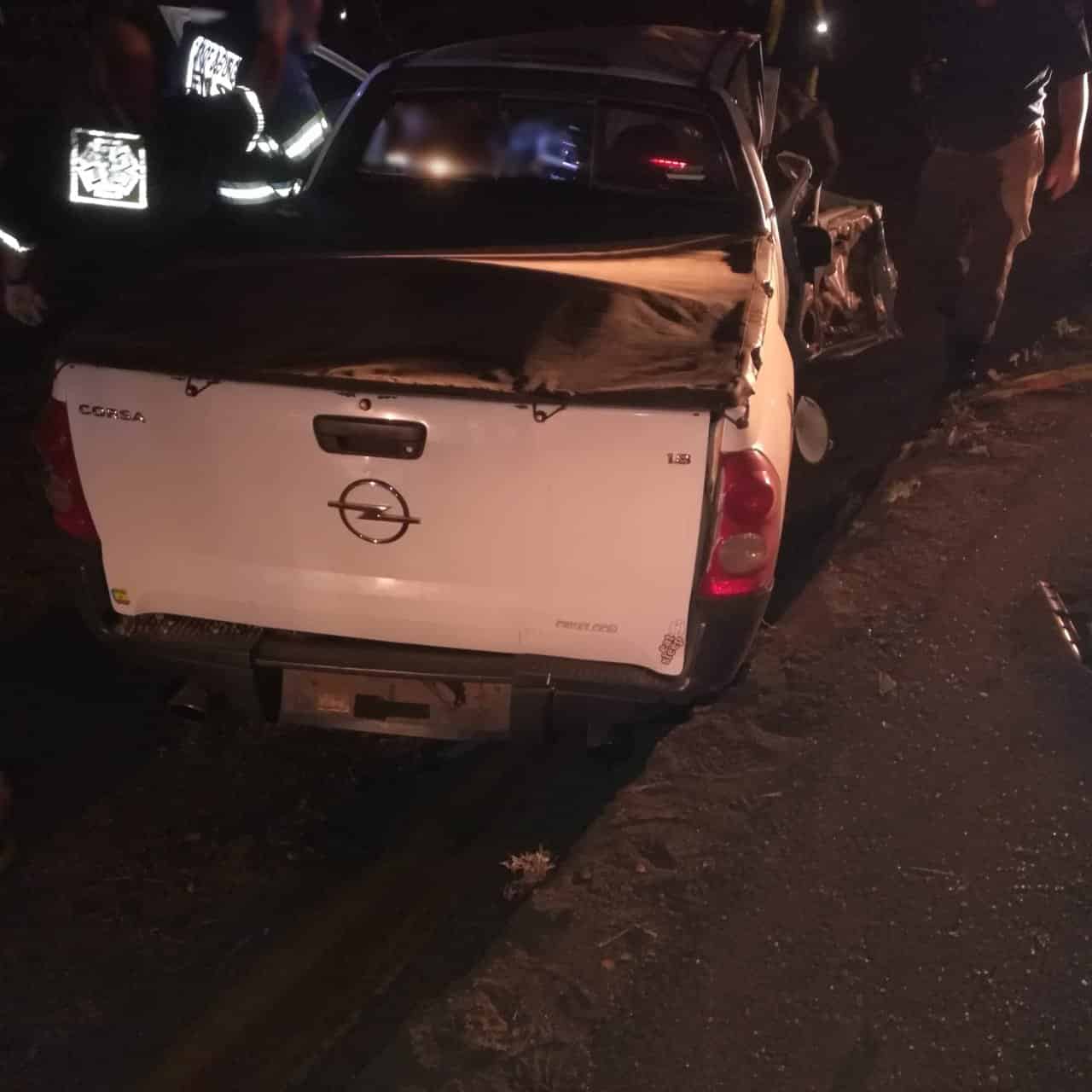 One person died, and two others were injured after a collision on Summit Road heading toward the N14 in Blue Hills, Midrand, paramedic services said.

“A third adult male had sustained fatal injuries and was declared deceased on the scene. The two seriously injured patients were treated on scene by Advanced Life Support paramedics from multiple ambulance services.”

Seven teenage boys have been killed in a car accident in Lehurutshe, North West, police have said.

The boys were heading home to Rietpan Village from a soccer tournament in Lehurutshe when the vehicle they were travelling in lost control and hit a tree.

Mokgwabone said six of the boys were declared dead on the scene. One died later in hospital.

“So far, we have opened an inquest docket and we are investigating the cause of the accident.

“Our investigations have revealed that the boys were travelling in a small truck vehicle when the driver lost control of the vehicle and hit a tree.

“Six of the boys died on the scene, while one later died in hospital. All others including the driver were taken to hospital,” said Mokgwabone.

“In the first crash, a bakkie was travelling from Mbombela towards Umjindi on the R40 road around 5.15am on Sunday when it overturned,” said community safety, security and liaison department spokesperson Moeti Mmusi.

“After overturning, it went into a ditch on the side of the road and three people were killed instantly. The driver is among those who were injured. Two people sustained slight injuries while another person was critically injured,” Mmusi said.

In another accident reported on Saturday evening, three people died when the bakkie they were travelling in lost control and overturned on the N4 toll road between Mbombela and Schagen, towards Sudwala Caves.

“Eight people were moderately injured while another person was seriously injured. The deceased included the driver,” said Mmusi.