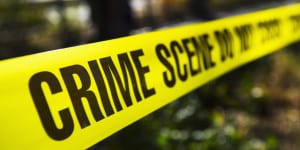 At least 60 injured as bus overturns on N1 in Musina

At least 60 people were injured in the early hours of Monday morning when a bus overturned on the N1 North in Musina, Limpopo, ER24 spokesperson Werner Vermaak said.

“At approximately 1.30am, paramedics from ER24 and local emergency services arrived on the scene, where they found the bus lying on its side. Several occupants from the bus were sitting near the wreckage,” said Vermaak.

“No one sustained any serious injuries, and no fatalities were found on the scene. The injured were treated for injuries varying from minor cuts and bruises to possible back and neck injuries.”

Vermaak said the occupants were on their way to Malawi from Johannesburg when the incident occurred.

Local authorities were on the scene to probe the cause of the crash.

ZAMBIA – Police in Nyimba Zambia have called upon the man who…

Johannesburg – Motorists and passersby blessed themselves with ‘free’ live chickens after…