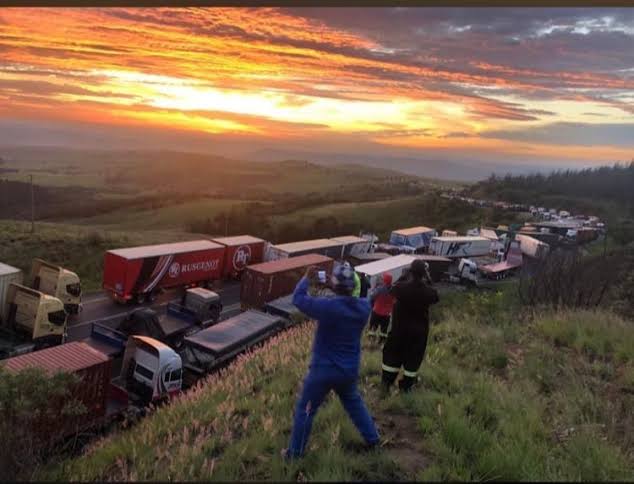 Bail for Twelve Truck Drivers Who Blockaded the N3

Twelve truck drivers arrested on December 3 for allegedly blockading the N3, have been released on bail of R1,000 each.

The twelve truckers face charges of intimidation, economic sabotage and contravention of the Road Traffic Act.

The men appeared in the Ladysmith Magistrate’s Court on Monday.

They were arrested after bringing the N3 at Van Reenen’s Pass to a standstill, causing an over 20-hour traffic delay.

Read also: Truck Drivers Who Block Roads Must Be Arrested And Dealt With Heavily, says Ramaphosa

The case has been postponed until February 8 for further investigations.