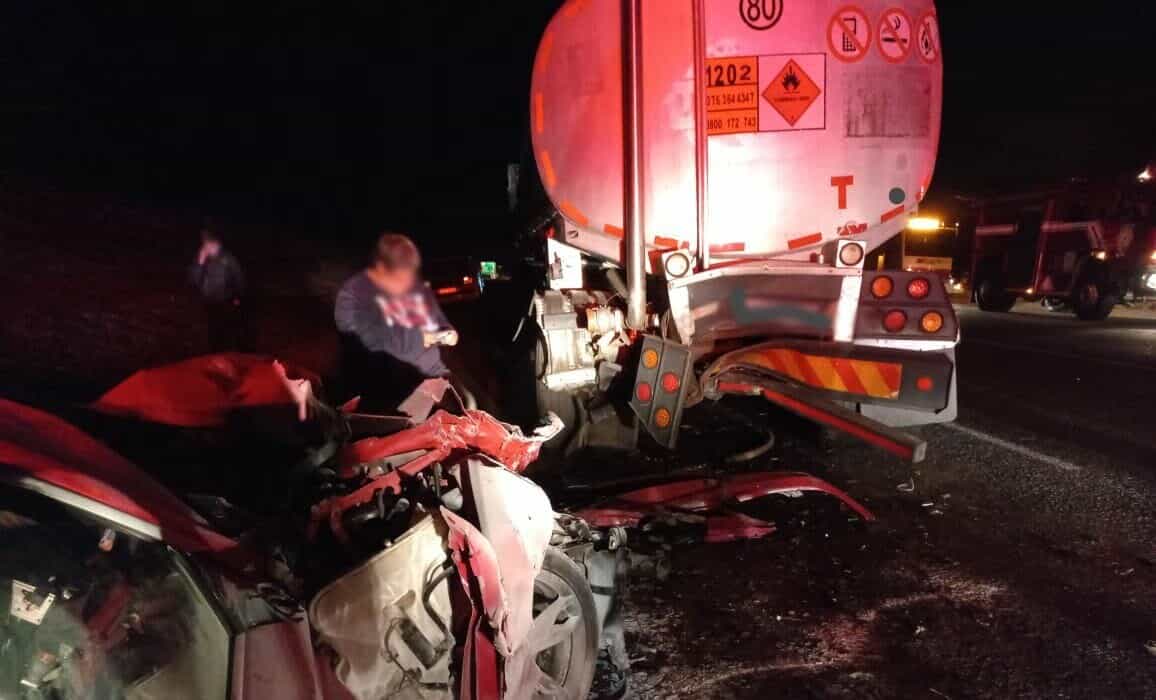 After his BMW rear-ended a tanker on the N17 near Leandra, Mpumalanga last night, a man died while his passenger survived with minor injuries.

The man, believed to be in his 30s, lost control of his car and crashed into the tanker which was stationery at the time.

ER24 paramedics arrived on the scene just after midnight. The Fire Department and another private service were already in attendance.

The driver was being treated by the other services’ Advanced Life Support medic for critical injuries, unfortunately, he succumbed to his injuries on arrival at the hospital.

The passenger was found still seated in the vehicle and treated by ER24 for moderate injuries before being transported to Mediclinic Highveld for further care.

The exact cause of the crash is not known at this stage, however, the South African Police Services were on the scene for further investigations.

Limpopo – A truck driver has been burned beyond recognition following an…

JOHANNESBURG – Four people have been declared dead after a horrific car…