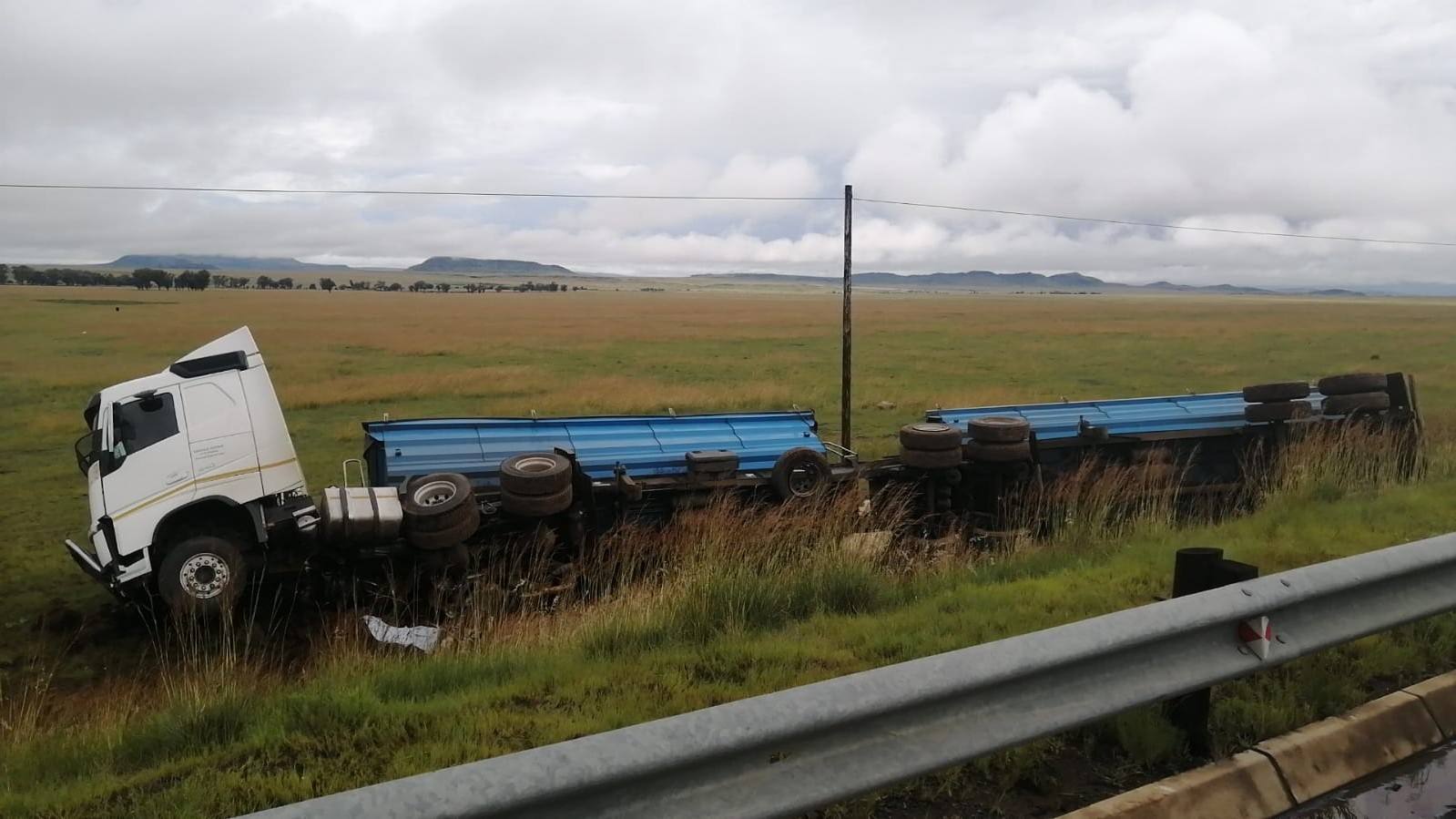 “There was nothing the truck driver could do to avoid hitting the BMW with the way it threw itself on his path,” a witness has told SA Trucker.

Four people were killed when their BMW sedan collided with a truck on N8 highway at the Botshabelo West intersection on Friday.

According to a witness, the BMW driver disregarded a stop sign thereby throwing himself into the path of a Volvo truck approaching from his left hand side.

“The truck hit the car by the side before climbing on top of it and dragging it along. It split into two halves with the back half staying on the road while the other part remained trapped underneath the truck,” he said.

The witness says that the front half of the BMW was dragged along underneath the truck for about 100 metres.

“It could have been a miracle seeing anyone survive that, it was horrible,” the witness added.

All four occupants if the car were certified dead by the Free State EMS.

According to paramedics, the truck driver did not sustain injuries.