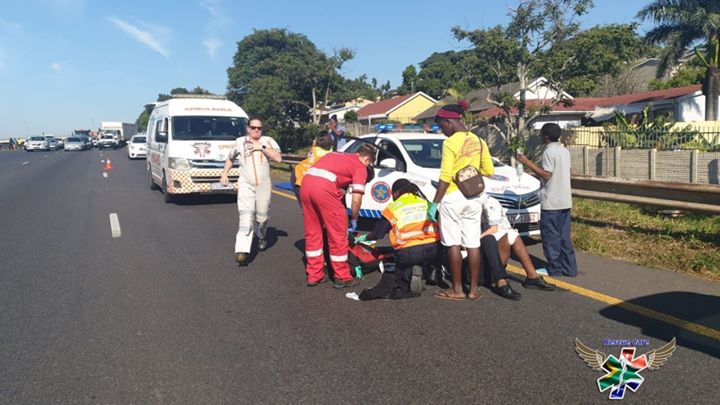 A truck driver and his conductor have been critically injured after they were shot at several times on N2 north bound in Durban.

Various emergency services including the Lenmed 1 Aeromedical helicopter responded to scene on N2 between M1 and M7 interchanges.

SAPS and RTI will investigate further.