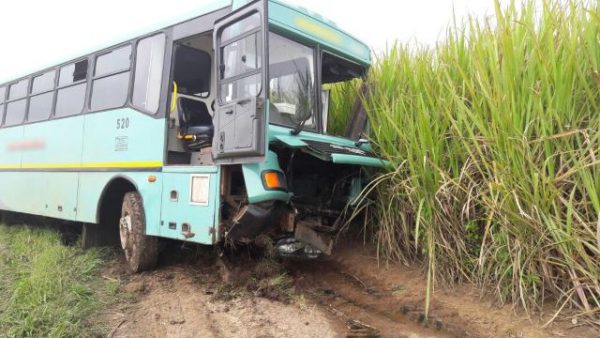 Six people were injured this morning after a bus left the road and crashed into a ditch on the Mid Illovo Road in Mid Illovo in KwaZulu Natal.

ER24 paramedics, along with the Provincial Services, arrived on the scene to find the bus on the side of the road. The front of the bus had been smashed when it crashed into the ditch.

On inspection, paramedics found five children, aged between 7 and 15, as well as the bus driver walking around on the scene.

Once treated, the patients were transported to Northdale Hospital for further treatment.

It is understood that the driver lost control of the vehicle, causing it to crash into the ditch.