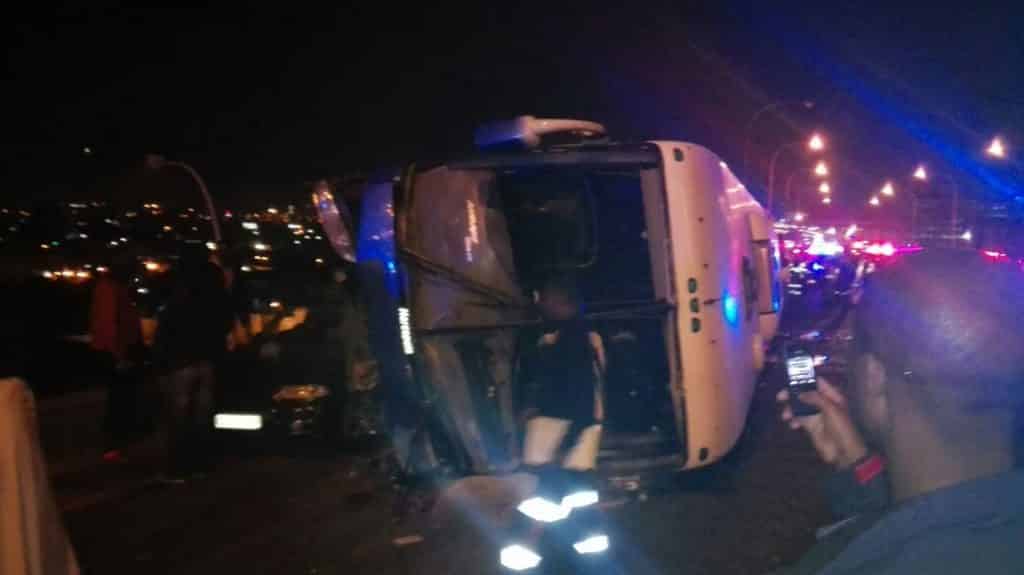 At least 40 people were injured on Monday evening after a bus and light motor vehicle collided on the M1/M2 split highway in Johannesburg CBD.

ER24 paramedics, along with other services, arrived on the scene and found the whole highway blocked by the bus and light motor vehicle.

The bus was found lying on its side in the fast lane while the light motor vehicle was found crushed next to it.

Occupants from the bus were found walking around the highway, after having climbed out of the windows of the overturned vehicle.

Metro services had to close the highway due to the wreckage and debris which covered the highway.

On inspection, paramedics found that 41 people, including young children, had sustained injuries ranging from minor to moderate.

Fortunately, no serious or fatal injuries were reported on the scene.

Emergency services set up a triage area, allowing the paramedics to treated and stabilize the numerous patients.

Once treated, the patients were transported to various hospitals in the area for further treatment.

It was discovered that a number of the occupants from the bus escaped any injury. These patients were assessed but not transported to hospital.

CAPE TOWN – A taxi owner-driver was fined a total of R23…
My dad and I were standing in the front yard. Maybe that’s…

A man, believed to be in his 20s, was killed early morning…