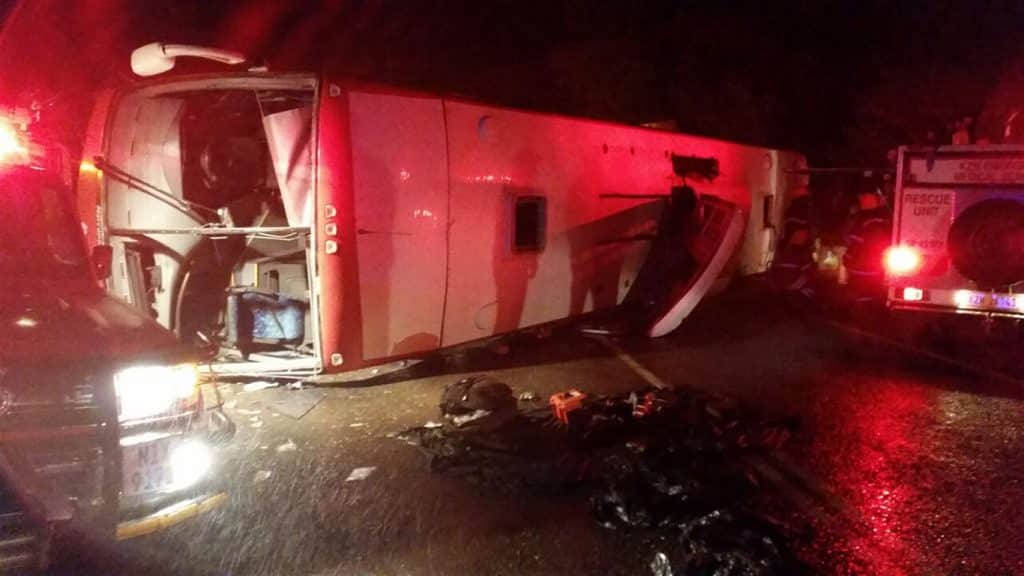 At least 40 people were injured and one killed when a passenger bus overturned on the R56 approximately 15 kilometres outside of Ixopo, Pietermartizburg Midlands.

Shortly after 4am paramedics from ER24 and KwaZulu Natal emergency services arrived on the scene where they found the bus lying on its side in the middle of the road said
Werner Vermaak, ER24 spokesman.Several people were found trapped inside of the bus.

One person was found with fatal injuries and declared dead. At least three people sustained critical injuries with injuries ranging from fractures to amputations.

The exact cause for the bus to overturn is not yet known. Local authorities attended the scene.