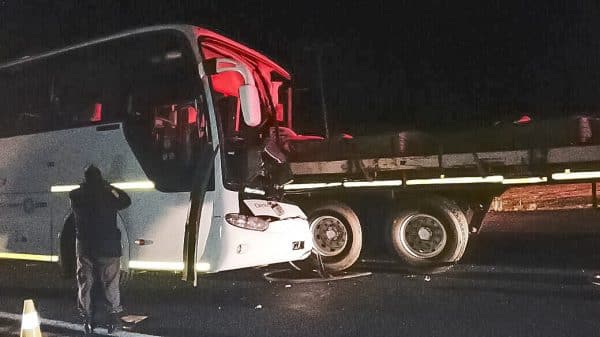 A man has died after the bus he was driving crashed into a stationery truck on the N3 near Harrismith.

Netcare 911 paramedics responded to the collision to find the bus stuck on the back of the trailer.

Reports from the scene indicate that the bus was traveling towards Johannesburg when it rear-ended a stationary truck. Exact detail to the cause of the crash however will remain a subject for police comment.

Paramedics arrived at the scene and found that the driver of the bus tragically died before our arrival due to the extensive injuries that he sustained. Four people were found to have sustained serious injuries while nineteen others escaped with minor injuries.

Paramedics treated the injured at the scene before they transported them to nearby hospital for the care that they required.

Durban – Three people including the truck driver succumbed to their injuries…