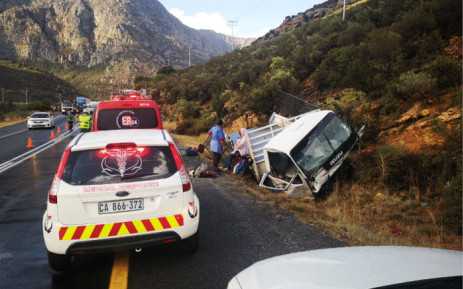 Three farm workers died, and more than 20 others were injured when a truck which was transporting them was involved in an accident near Worcester, in the Western Cape, on Monday.

The four-ton truck was carrying 37 farmworkers when the driver lost control of the vehicle.

Following the fatal crash, Congress of South African Trade Unions (Cosatu) in the Western Cape is now calling on the Minister of Employment and Labour Thulas Nxesi to ban the transportation of farmworkers on trucks.

“We raised the question of farmers using trucks to transport workers, for us that is a violation of those workers’ rights.”

The Agriculture, Land Reform and Rural Minister Thoko Didiza has also called on stakeholders in the sector to look at the issue of transportation of farmworkers in the country.

So often, farmworkers have been killed while being transported in trucks.

In April last year, 9 farmworkers died when the truck that was transporting them collided head-on with another truck.

The horrific accident happened on the N1 between Touws River and De Doorns.

Durban – CCTV footage has captured an out of control truck plunging…