Several Cape Town suburbs have been shaken by a 6.2 magnitude off-shore earthquake on Saturday evening.

The tremor shook homes and made the ground move in several locations, according to eyewitness accounts – and it seems that COCT officials are in agreement.

The earthquake, took place at approximately 19:10 on 26 September, is highly unlikely to trigger any further damage. The threat of a tsunami or another aftershock remains low.

However, the rumbling of homes in the south-west has left many locals shaken. The South African Council for Geosciences is yet to comment on the matter.

COCT publish statement on ‘weekend tremor’
After much speculation and confusion, the City of Cape Town has issued the first official response to the earthquake. They confirmed that ‘a number of suburbs’ were impacted by the tremor.

However, the good news is that ‘no damage to infrastructure or public safety’ has been reported on Saturday.

“The City notes the reports of an offshore seismic event that was felt in a number of suburbs earlier this evening. Reports have come from numerous suburbs of a tremor that was experienced. The Disaster Risk Management Centre is not in a position to comment on the seismic event until it has been confirmed by the South African Council for Geoscience.”

“We can however confirm at this stage that the tremor did not appear to cause any impact on infrastructure of public safety. The City urges the public to report any potential impacts to our Public Emergency Communication Centre by dialing 021 480 7700 from a cellphone or 107 from a landline.” 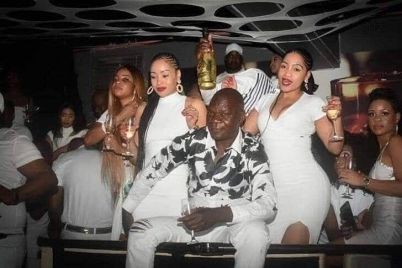 Roland Muchengwa, the ‘blesser’ in the viral video with some young girls in South Africa is a trending topic on…