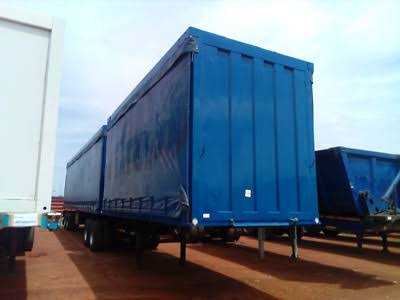 The Supreme Court of Appeal turned down an appeal by the Transport Ministry against Cape Town trailer companies who were constantly receiving fines for traffic violations racked up by customers renting them.

This was in relation to section 73(2) of the National Road Traffic Act 93 of 1996, where any prosecution relating to the driving of a vehicle on a public road, it is necessary to prove who was the driver of such vehicle, it shall be presumed, in the absence of evidence to the contrary, that such vehicle was driven by the owner thereof.

The same applied to where the vehicle was parked.

Further to the Act, as traffic violations are captured on camera located in such a way that it can only capture the rear number plate of the vehicle.

As a result, the prosecuting and traffic authorities instituted criminal proceedings against the owner of the vehicle whose registration number is captured by the camera, in these instances the trailer.

The respondents including Brackenfell Trailer Hire (Pty) Ltd, Pascal Constance Sprague and Gerhardus Adriaan Odendal, each owned 1 000 trailers that were registered in their respective names.

These trailers are of varying sizes and types.

None of the trailers are self-propelled.

It was therefore necessary for the first respondent’s customers who hire trailers to have vehicles suitable for towing the trailers as well as valid driving licences.

Tired of the fines, this prompted the respondents to go to court against the minister seeking a declaratory order that section 73 of the Act does not apply to trailers towed by vehicles belonging to their customers.

On March 20, 2019 the high court granted an order in favour of the respondents but the minister then appealed.

On Thursday Judge Xola Petse dismissed the appeal with costs on the grounds: “Although a trailer is a ‘vehicle’, it is nonetheless clear that section 73(1)’s central focus is the driver of the vehicle who has allegedly committed an offence in the course of driving the vehicle concerned on a public road.

“Thus, in essence, this section provides that where in a prosecution relating to the driving of a vehicle, it is necessary to prove ‘who was driving such vehicle.

“‘Driving’ and ‘driver’ bear their ordinary meanings, that is, to manipulate a vehicle’s controls to regulate its speed and direction and any other activity incidental thereto.

“It therefore goes without saying that section 73(1) can only apply to a vehicle that is itself capable of being a driver.

“Thus, it must ineluctably be that section 73(1) is not applicable to a trailer,” Petse said.

Petrol and diesel prices will rise sharply at midnight. From Wednesday motorists…