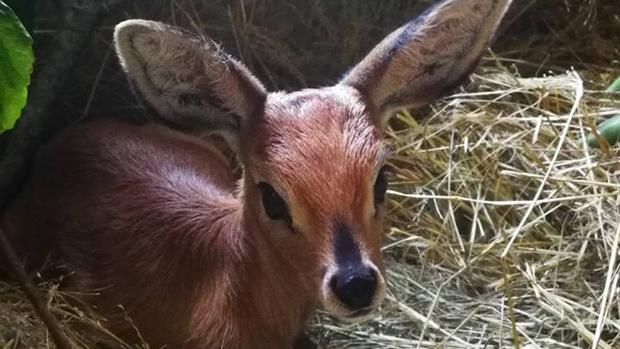 Duban – A compassionate truck driver has been hailed as a wildlife hero by followers of the Durban based Centre For Rehabilitation of Wildlife(CROW) after helping a Steenbok that had found itself stranded on the side of the road near Vryheid.

According to Paul Hoyte, CROW spokesperson, the truck driver was on his way to Durban when he stopped to rescue the one-month-old Steenbok which was anxiously sitting on the road.

Hoyte said it could have been separated from her mother.

“The truck driver decided it would be best to bring her to CROW. Keeping her calm all the way from Vryheid, he safely brought her to CROW to be rehabilitated.

The Steenbok was released for a second chance at a free and sustainable life in the wild,” Hoyte said.

Margaret Clay Bowen said: “Compassion is scarce – but it is so beautiful!!! Thank you good man!!!”

Jocelyn Larsen said: “God bless that man. Thank you. We need more people like this in the world”.

Lamese Bryczkowska said: “Thank you to the truck driver and thank you to CROW “.

Jane Tennet said: “She’s beautiful. Shame that she’s been separated from her mom, but thank goodness for such a caring truck driver”.

Michelle Schou said: “God bless this man – what a wonderful human being! Thank you to him and Crow.

If the proposed Road Accident Benefits Scheme Bill sails through, drunk and…