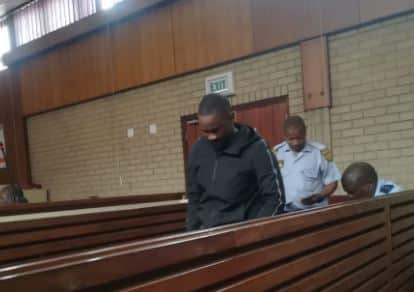 Sam “Mshengu” Chabalala, 25, will know on Monday if he will be granted bail.

Mpumalanga Hawks spokesperson Capt Dineo Sekgotodi said Chabalala was remanded in custody by the Middleburg magistrate’s court on Friday after he appeared for a bail application.

Chabalala was applying for bail in the Middleburg magistrate’s court on Friday where he is facing two counts of corruption and bribery after he attempted to bribe a senior police officer to release his luxury vehicle and make a docket related to his other case disappear.

His lawyer, Hlau Maluleke, told the court that Chabalala could only afford to post R5,000 as a bail fee as his businesses were affected following his previous arrest in September last year.

“We do not know what his financial situation looks like at the moment and I have to meet with his auditor for me to get a better picture. But we request the court to set bail at R5,000,” Maluleke said.

He told the court that Chabalala had investments worth R40m and earned a monthly salary of approximately R200,000 from his businesses.

Chabalala was arrested on January 13 after he allegedly attempted to bribe a senior police official in Mpumalanga to get his impounded motor vehicle released and also to make his initial case disappear. His matter was postponed to February 24 when judgment on his bail application is expected to be handed down.

The 25-year-old appeared relaxed as he interacted with his lawyer in between court proceedings.

“The trucker millionaire, who was initially arrested last year and subsequently charged for fraud, corruption and possession of an unlicensed firearm, had been out on R200,000 bail following his arrest in Nelspruit.

“His latest arrest emanates from allegations that he attempted to corrupt a senior police official in Mpumalanga to get his impounded motor vehicle released, and also to make his initial case disappear,” said Brig Hangwani Mulaudzi last week.