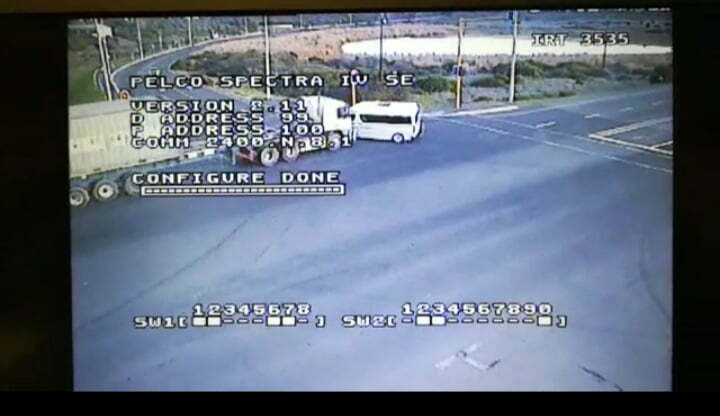 Cape Town – Video clips showing the moment a truck and a minibus taxi collided at the intersection of the R27 and Birkenhead road in Melkbosstrand have surfaced on social media.

From the videos, it shows that both vehicles where traveling on the same road going on opposite direction.

The traffic light is green on both sides.

The taxi fails to yield at the traffic light and turns right in front of the approaching truck.

It happens so quickly leaving the trucker no chance to avoid collision.

The trucker presses his brakes but momentum pushes the vehicles on and collides head-on.

The truck wheels can be clearly seen locked as the combonation pushes the fully laden taxi along.

Seven people lost their lives while 10 were injured in the horrific crash.

See the video below;

See how trucker could not do anything to avoid fatal Melkbosstrand crash with taxihttps://t.co/nmbNtpZLT5 pic.twitter.com/GBSAi2tOoI