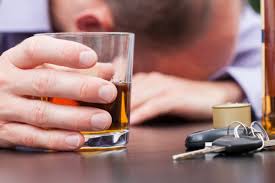 Johannesburg – Two mayoral office staff members refused to be spectators of risky behaviour and became heroes in a drunk-driving incident.

The couple were driving along Main Reef Road in Roodepoort on Saturday night when they noticed a truck pulling a trailer travelling on the wrong side of the road.

They became alarmed and followed the truck, flagging down the driver in the suburb of Amalgam, telling him he had scratched their car.

They told the driver they were going to ask for a torch so they could show him the scratch, but it was a plan to alert police officers who the couple had just seen parked at a nearby petrol station.

They also alerted the Johannesburg metro police department. The officers arrested the driver, who was described as “very drunk”.

“He had a bottle of alcohol between his knees on the driver’s seat. These mayoral staff members probably saved many lives that night,” Minnaar said.

“They were very brave to stop him as they endangered their own lives. Driving such a large vehicle on the wrong side of the road could have caused a massive accident,” he added