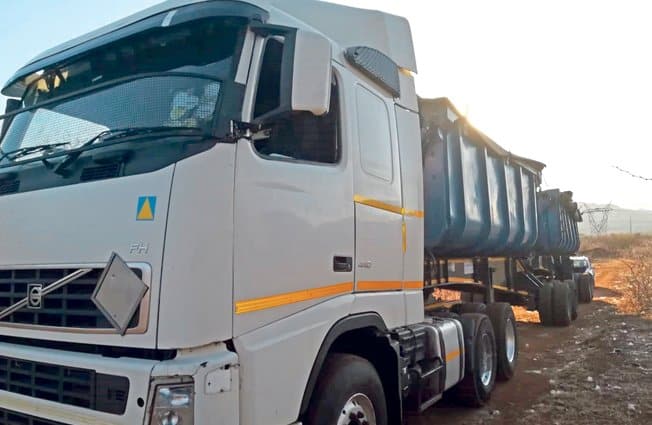 The Hawks have arrested one man and seized trucks loaded with 170 tons of illegally mined chrome worth about R2.6 million near Rustenburg over the weekend.

Rikhotso said the unit was assisted by members of the Rustenburg flying squad, the department of mineral resources and the SA National Defence Force.

She said the teams swooped on several alleged illegal mining activities in Tlhatlhaganyane, Witrantjie and Maologane, which led to the discovery.

“Upon arrival at one of the sites, the suspects spotted the police and fled the scene. One suspect was apprehended.”

She said Rodney Molotsi, 57, was granted R2,000 bail when he appeared at the Mankwe Magistrate’s Court in Mogwase on Monday. The case was postponed to June 25 for further investigation.

Molotsi was arrested at a different scene to where the trucks were seized, said Rikhotso. Molotsi and the group he was with were busy with illegal mining when the police accosted them.

The other suspects fled. Investigations into the matter were ongoing, Rikhotso said.

In November last year, villagers said people in trucks with Mpumalanga number plates were extracting chrome from Maologane. They said the trucks were guarded by heavily armed men.

“We no longer have grazing fields for our cattle due to the mining operation going on on our land. We do not know how they get into our lands.

“We suddenly saw heavily armed men escorting trucks loaded with chrome from our village. No one knows how they get into our land,” said one villager, who spoke on condition that his identity would not be revealed.