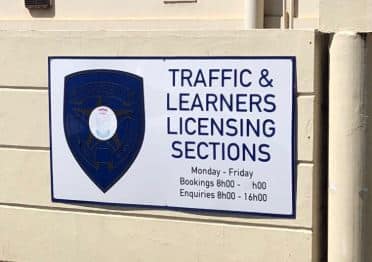 Howick – A corrupt uMngeni Municipality employee will not be able to leave her house for four years nor drink alcohol for that duration after she was sentenced for fraudulently issuing drivers’ licenses.

Thandazile Judith Shelembe, who was a principal administrative clerk at the Howick licensing centre, appeared at the Durban Commercial Crimes Court on Monday.

She was fined R9 000 or 12 months imprisonment and also handed a four-year sentence suspended for five years on condition that she is not found guilty of fraud or theft during that period.

Other conditions are that she be placed under house arrest for the full duration of the sentence and may not leave the magisterial area in which she lives without the permission of the Commissioner of Correctional Services.

She has to perform free community service for 16 hours per month for the first 24 months of the sentence and must complete programs in life orientation or any other programme that the commissioner may deem necessary at her own expense.

According to the Road Traffic Management Corporation‘s (RTMC) Simon Zwane, Shelembe has also been banned from drinking alcohol or using drugs for the duration of the sentence, other than for medical reasons.

She has also been ordered to report to the Correctional official at his designated office before midday on October 22.

Shelembe was charged with nine counts of fraud for capturing the information of applicants onto the eNaTis systems, without the applicants actually completing the application and in the absence of the applicants.

“She also captured the payment for the Learners Licence tests and secured the test dates in the absence of the applicants contrary to legislation. She pleaded guilty to all counts on September 6, 2019 and was convicted.”

He said Shelembe was arrested by the National Traffic Anti-Corruption unit of the RTMC together with the Hawks on 05 June 2019.

Her arrest, he said, followed one of six officials and nine learner licence applicants who were charged with fraud in March last year.

“The magistrate said Shelembe’s actions must not be taken lightly as this type of crime has been going on for a long time.

“The RTMC welcomed the sentence and hoped that it sends a message to others that crime does not pay but has devastating consequences,” Zwane said.

Last week, a man was arrested at the Marianhill Licensing Centre on suspicion he wrote learner driver tests for at least 25 applicants, charging them R3 500 each.