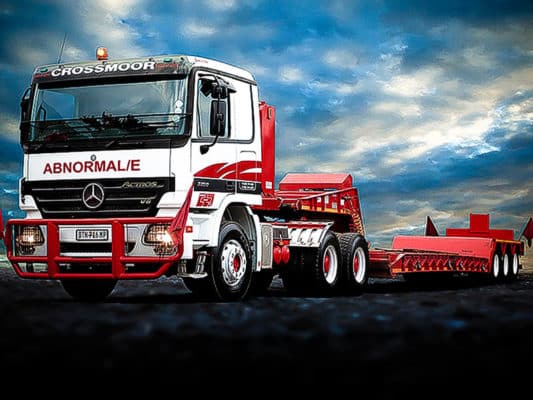 Crossmoor Transport woes date back to January 2019 where they allegedly failed to pay their fuel bill of R50million to petroleum supplier Engen.

The company initially failed to honor payments in January 2019 and in March the situation grew dire where the company signed an acknowledgment of debt to the value of R35 million rands.

The family and their logistics and transport empire were thrust to the fore when the Naickers’ sister, Sandra Moonsamy, was abducted in Westville.

Engen successfully sued the company and the sheriff of the court attached its assets.

Moonsamy’s brother Inderan cited in his defense in court papers that the notarial bond was signed in error as the Chief Financial Officer to oversee such agreements was kidnapped.

Naicker also went on to explain that the Engen bill would remain unpaid as the company was struggling to recover payment of R100 million from Gupta-related mine companies Future Coal and Optimum Coal.

Moonsamy, who is the company’s Chief Financial Officer was kidnapped in broad daylight by a gang of armed men setting in motion a hostage and ransom drama that spanned six months.

Her captors allegedly demanded a ransom of R140m.

After an agonising six months, Moonsamy was rescued from a house in Witbank.

It has been reported that the Pinetown businesswoman returned to the multibillion-rand family business empire that is allegedly a tangled web of debt.

The family has denied the allegation of being liquidated by ABSA.

In his address to the nation on 13 May, President Cyril Ramaphosa…

The South Africa Europe Container Service (SAECS), jointly provided by Maersk, ONE…
The Durban Multi-purpose Terminal (MPT) is the third terminal to introduce a…

This website uses cookies to improve your experience while you navigate through the website. Out of these, the cookies that are categorized as necessary are stored on your browser as they are essential for the working of basic functionalities of the website. We also use third-party cookies that help us analyze and understand how you use this website. These cookies will be stored in your browser only with your consent. You also have the option to opt-out of these cookies. But opting out of some of these cookies may affect your browsing experience.
Necessary Always Enabled
Necessary cookies are absolutely essential for the website to function properly. These cookies ensure basic functionalities and security features of the website, anonymously.
Functional
Functional cookies help to perform certain functionalities like sharing the content of the website on social media platforms, collect feedbacks, and other third-party features.
Performance
Performance cookies are used to understand and analyze the key performance indexes of the website which helps in delivering a better user experience for the visitors.
Analytics
Analytical cookies are used to understand how visitors interact with the website. These cookies help provide information on metrics the number of visitors, bounce rate, traffic source, etc.
Advertisement
Advertisement cookies are used to provide visitors with relevant ads and marketing campaigns. These cookies track visitors across websites and collect information to provide customized ads.
Others
Other uncategorized cookies are those that are being analyzed and have not been classified into a category as yet.
SAVE & ACCEPT
Total
47
Share
47
0
0
0
0