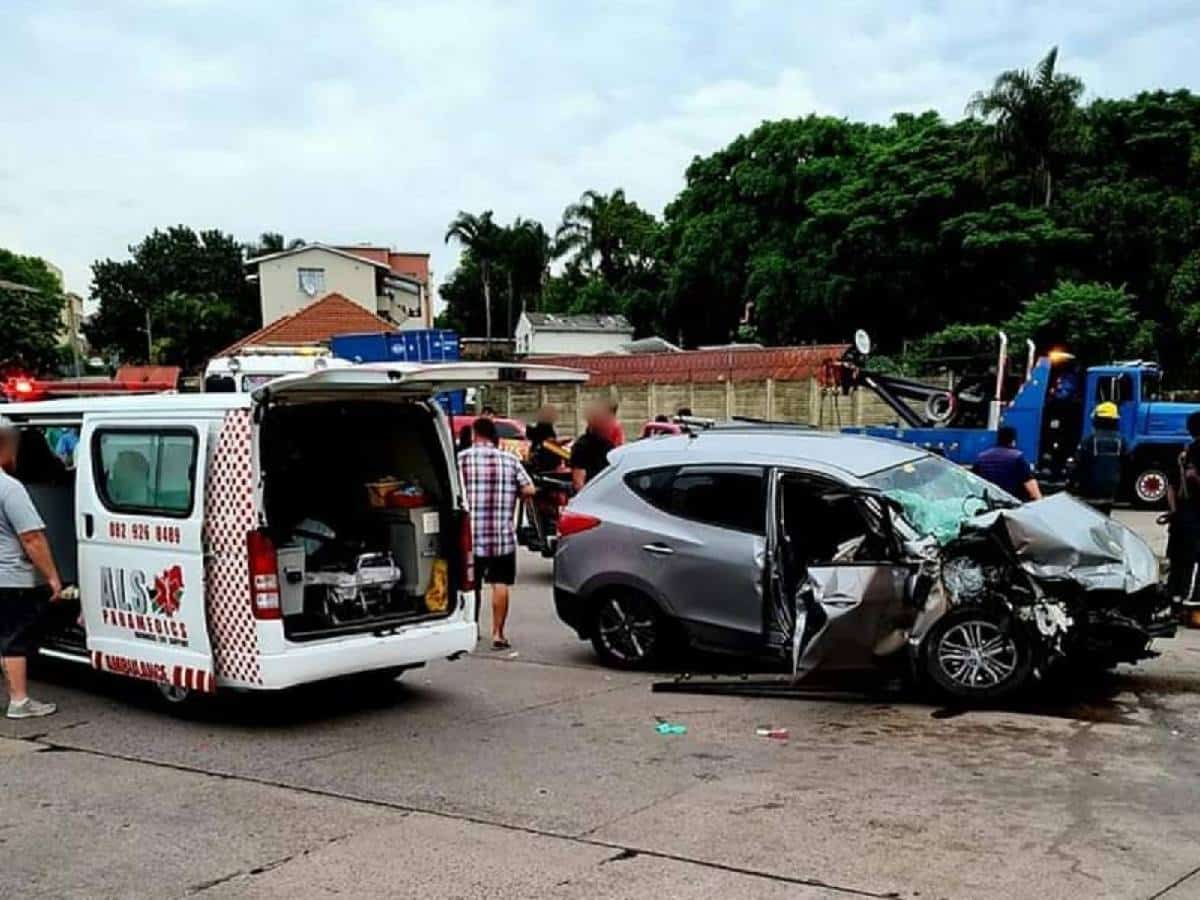 One person was seriously injured when his car collided with a truck at the Umbilo and Sarnia Road intersection just after 5 pm on Monday evening.

ALS Paramedics Medical Services arrived on the scene to find that a truck and a light motor vehicle had collided in the intersection before the truck lost control and crashed into a wall.

“A male in his forties was found to be entrapped in the vehicle having sustained serious injuries and was stabilized on the scene by Advanced Life Support Paramedics whilst the Durban Fire Department used the jaws of life to cut him free from the wreckage,” paramedics reported.

“Once freed, the patient was transported to a nearby Durban hospital for the further treatment that he required.”

Dashcam footage from the truck has shown no wrongdoing on the part of the truck driver as the traffic light was green on his side.

Upon closely scrutinising the dashcam footage, one can see that the car skipped a red traffic light crossing the path of the oncoming truck.

The well alert truck driver, unfortunately, had no time to avoid crashing into the car.

When an idiotic driver wants to pass regardless of the consequences, just…