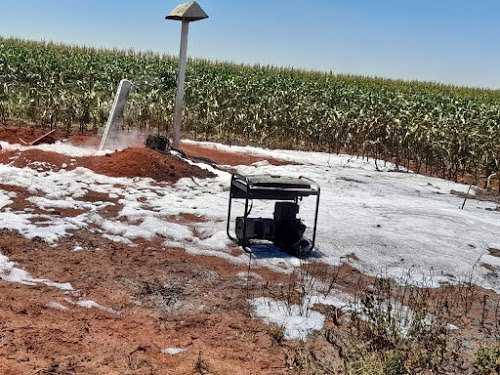 Two men suspected to be diesel thieves were allegedly killed when the pipeline exploded while they were siphoning diesel in Mpumalanga on Thursday night.

The two men were rushed to hospital with serious burn injuries, but one died on arrival and the other on the following day.

He said that the person manning the Transnet control room had detected a fuel pressure drop on the pipeline.

According to Sekgotodi, the men had connected their generator to a valve on the pipeline to siphon the diesel.

No one knows yet what happened but an explosion occurred as they were busy siphoning the diesel from the pipeline.

One of the men, believed to have been driving a tanker to carry the stolen fuel, fled the scene, leaving his two badly burnt accomplices behind.

Sekgotodi said authorities responded to the identified spot and apprehended one suspect who attempted to run away.

“He had fresh burn marks all over his body. There was a big fire in the maize field nearby and upon inspection they realised that the flames were from the burning Transnet pipeline.

“The Hawks’ Serious Organised Crime Investigation team and local police were summoned to the scene for further investigation. Following an intensive search a second suspect who was also badly burnt was apprehended after he was found hiding under a bridge.

“Emergency services were summoned and the two suspects were transported to hospital under police guard. All the exhibits which included a white Mazda bakkie, generator and pieces of charred clothes were confiscated for further investigation,” she said.

A case of malicious damage to property, tampering with essential infrastructure and theft of fuel was opened and the men had been expected to appear in the Phola Magistrate’s Court yesterday.

However, Sekgotodi confirmed they had died.

The Daspoort tunnel, west of Pretoria, is scheduled to be closed for…
Hundreds of Nida Transport trucks are currently parked at their depots dotted…