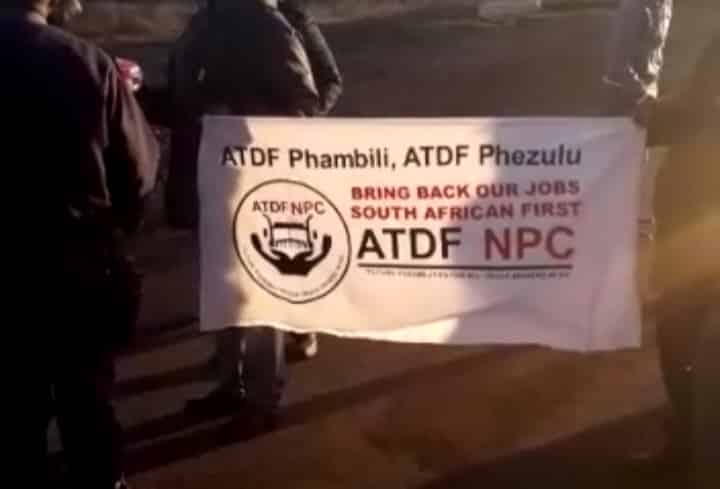 Johannesburg – All Truck Drivers Foundation (ATDF), has insisted that all foreign drivers be immediately dismissed, demands that only ATDF members be appointed and that employers pay R350 per month to the organization for each ATDF member in their service.

A Netwerk24 report made these claims citing the Freight Association to which the demands were made.

“Non-compliant companies are being threatened with retaliation and that their vehicles will be set on fire,” the Freight Association said.

Economist Mike Schüssler responded to the claim by the Freight Association calling it economic sabotage.

Schüssler says it is the same way used on construction firms when they were forced to close construction sites unless they gave 30% of the building contract value to the mafia claiming they represented local communities.

88% of products in South Africa are transported by road at a profit margin of as little as 3.8%, says Schüssler.

Positive Freight Solutions obtained a court order in the KwaZulu-Natal High Court on May 31, which banned the ATDF from “assaulting, abusing, harassing, threatening or intimidating its members” or “damaging their vehicles” and hampering their transport operations.

Despite this, 17 trucks were set on fire on the N3 last weekend affecting the main route between Gauteng and Durban.

According to the Road Transport Association, the onslaught over 12 months claimed more than 200 lives and 1,200 vehicles were damaged or destroyed at a total cost of about R1.2 billion for the economy.

Durban – A truck has been killed and three others have been…
The leadership of the All Truck Drivers Forum (ATDF), Allied South Africa…