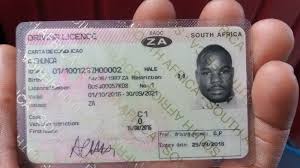 Doctors arrested for medical fraud related to issuing of PrDPs

Traffic anti-corruption law enforcement authorities in the Nelson Mandela Bay metro have cracked down on doctors fraudulently issuing medical certificates which are mandatory in the granting of professional drivers’ permits (PrDP).

The authority has raided at least 10 medical practices in the metro and arrested two suspects for allegedly practising medicine unlawfully while two others have been taken in for questioning.

Investigations are continuing and more arrests are expected.

The crackdown was undertaken by the National Traffic Anti-Corruption Unit of the Road Traffic Management Corporation in collaboration with the Health Professions Council of South Africa and the South African Medical Products Regulatory Authority to deal with doctors who irregularly issue medical certificates to individuals seeking to apply for public drivers’ permits.

It is alleged that some doctors issue these certificates without subjecting patients to the necessary medical examination.

The operation is intended to help reduce the number of road traffic crashes that happen because of lack of poor driver fitness.

According to the traffic authority, the Eastern Cape has one of the highest rates of fatal road accidents – and since PrDPs are required by drivers of goods vehicles with a gross vehicle mass exceeding 3 500kg as well as dangerous goods PrDP, the issue is a critical one.

A total of 9195 public driver’s permits were issued in the metro last year. “It is believed that many of these were issued to undeserving individuals,” a spokesman said.

Seventeen unregistered doctors were arrested in different parts of Gauteng when the authorities undertook a similar enforcement operation. Sixteen of them pleaded guilty and were convicted to fines ranging from R5 000 to R20 000 or a jail term not exceeding six months.