There was drama at a KZN weighbridge on Monday after a driver snatched an RTI officer’s lunch box after she apparently refused him to go to buy food.

An SA Trucker fan, Sibusiso, who witnessed the free show said he and the lunch box snatcher guy had their trucks held for overload at the N11 weighbridge between Newcastle and Ladysmith around 08h00.

They both were waiting for another truck to come and offload the excess from their trucks as hours passed and they became hungry.

“At around 12h00 I asked the woman RTI officer on duty to allow us to leave our trailers and go buy food but she refused saying the trucks would only leave the impound yard after rectifying their load discrepencies,” he said.

This did not go down well with the other driver, only named as Mthembu.

An hour later Mthembu marched to the office where he found the officer had just opened her lunch box.

“See, you are having lunch and why have you refused us?” Mthembu asked.

Sbu says the officer told them that it was not her problem that they were overloaded and didn’t  have food in their trucks and that further infuriated Mthembu.

Coincidentally the officer received a call on her cellphone, she closed her lunch box and went into the other room.

Mthembu didn’t waste time, he opened the officer’s lunch box and helped himself to the two huge drumsticks and rice leaving only bones in the lunchbox, and left for his truck.

“I quickly followed him out as I did not want to be blamed for the lunch box invasion,” said Sbu.

A few moments later the RTI officer came to our trucks visibly angry and holding the empty lunch box. Seeing this, Mthembu came out of his truck and kneeled down apologising while holding a hundred rand note.

According to Sbu, the gesture by Mthembu who is about 60 years old hit the woman on her soft spot.

“She actually apologised for refusing us to go buy our own food and refused to take the money, reaching for madhala Mthembu to help him up,” Sbu narrated.

Sbu says the officer walked back to her office where he says he thinks she may have sobbed to herself for making such an old man to do such an act. 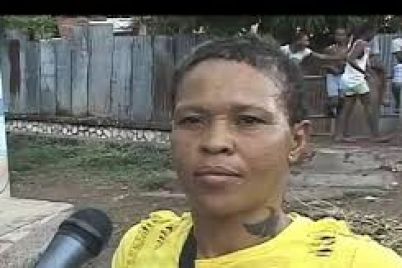 KINGSTON – A photographer called Deneiro was assigned to report on a flood in Kingston, Jamaica, he stumbled upon a… 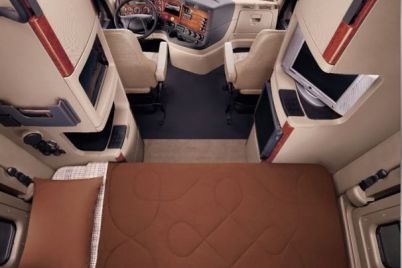 CONFESSIONS OF A TRUCK DRIVER ‘THE CLIMAX’