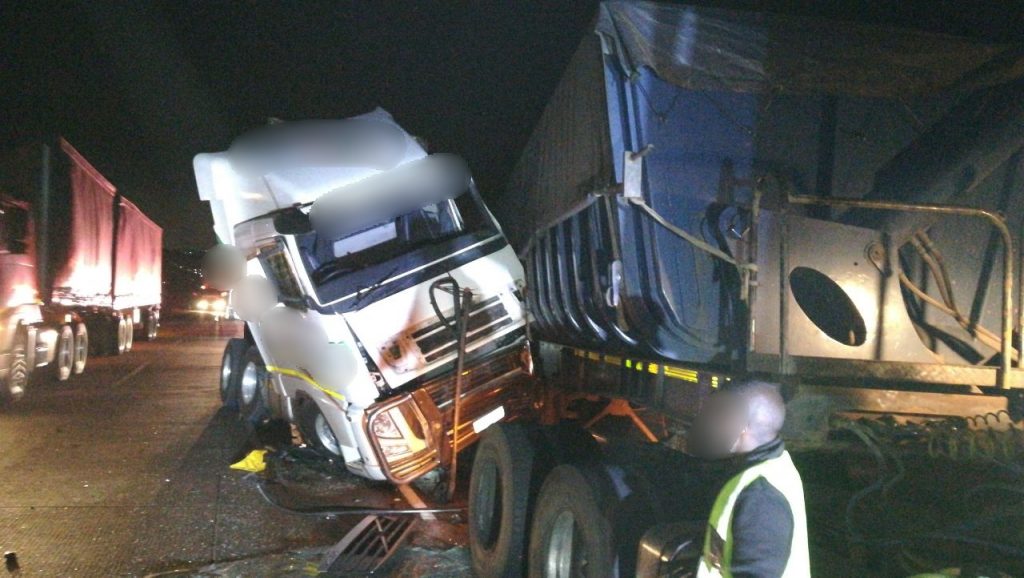 A two truck crash on the N3 south bound near Lion Park just after Ashburton has left one adult with minor injuries.

The collision happened late on Thursday evening around 23:00hrs when a truck collided into the back of another truck.

Paramedics report that one driver was hurt, the one whose truck collided into the other.

He was transferred to hospital for further attention.

The cause of the crash is not known, authorities however, attended the scene and will investigate further.

Witbank – The driver behind the wheel of a truck that collided…