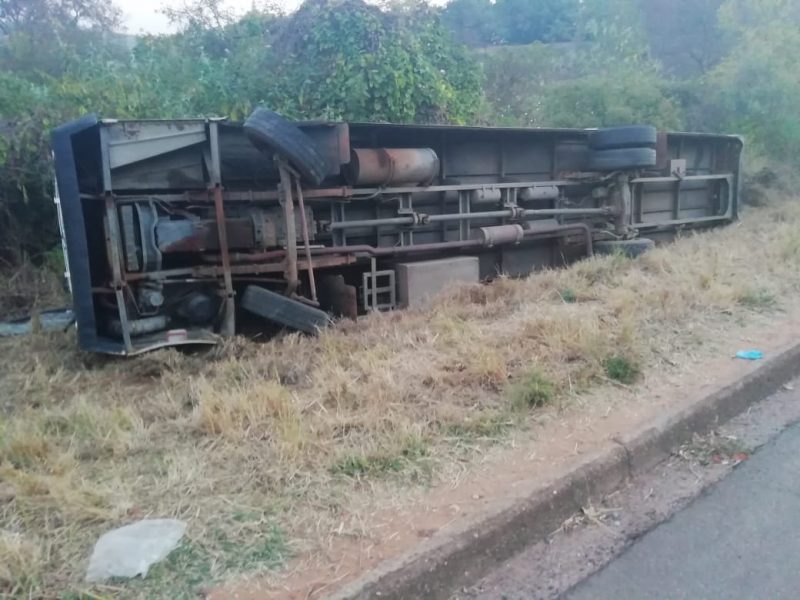 Police in Tzaneen have opened a case of reckless and negligent driving after the driver of a bus transporting schoolchildren lost control and overturned the bus along the R36 road on the outskirts of Tzaneen.

The accident took place at around 17:00 on Monday.

“The bus was ferrying about 50 schoolchildren from Tzaneng Combined School, which is situated in Westfalia farm in Modjsdjiskloof policing area, to Mokgolobotho village outside Tzaneen,” said police spokesperson Brigadier Motlafela Mojapelo.

“Twenty-one children were injured and were taken to Van Velden and Letaba hospitals.”

Mojapelo said the cause of the accident has not yet been determined. Police investigations are continuing.

#sapsLIM #SAPS Tzaneen investigating a case of reckless and negligent driving after the driver of a bus transporting school children lost control and overturned along the R36 road this afternoon at 17h00. 21 Learners injured MEhttps://t.co/QIK94FO5nS pic.twitter.com/olqsDZvYNP

The Directorate for Priority Crime Investigation (Hawks) in the Free State has…
Strictly NO PASSENGERS of whatever sort and I happily obey. But this…